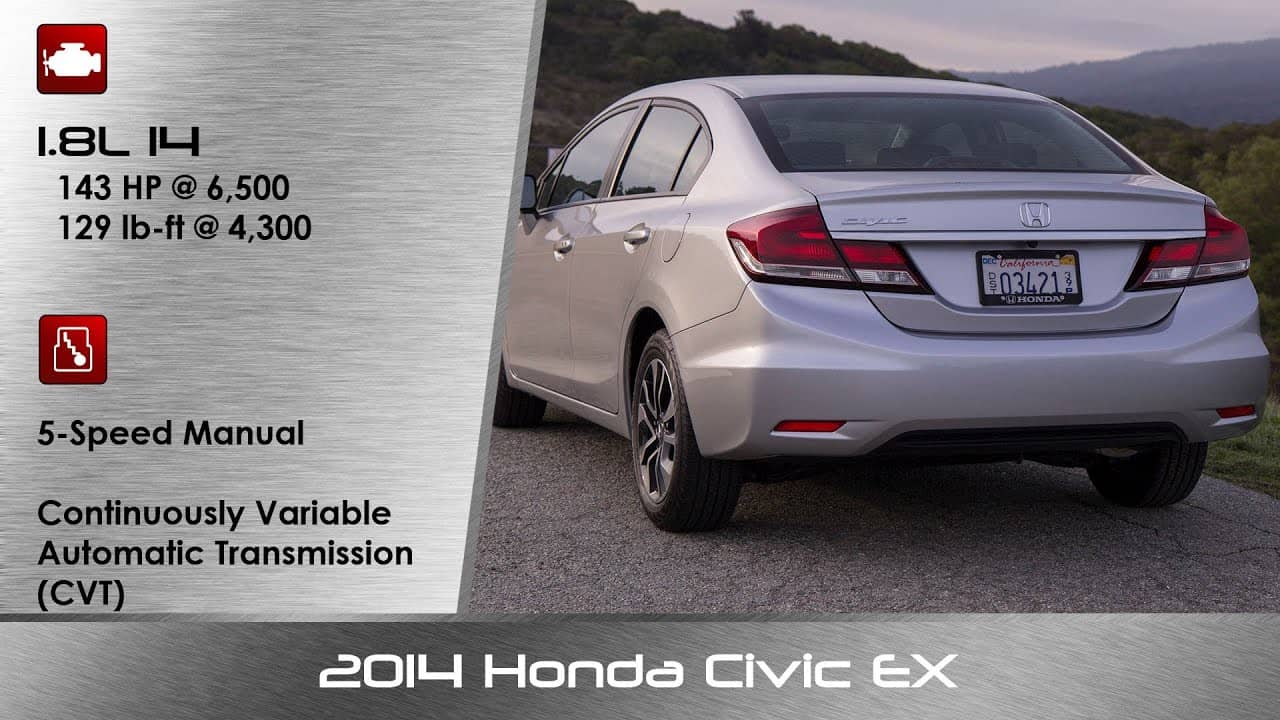 People assume that car companies know their competition’s every move, as if there was some sort of “Mission Impossible” crew sent in on weekends to monitor R&D progress. While some less-than-ethical information exchange goes on, usually a car manufacturer like Honda finds out what the competition’s latest widget looks when we do. Need proof? Look at the 2011, 2012, 2013 and now the 2014 Honda Civic. The 9th generation Civic was intended to début as a 2011, but the financial implosion caused Honda to go back and re-work their compact car as a 2012 to keep prices low. In the perpetual game of auto-leapfrog, Honda miscalculated the direction Ford, Hyundai, Kia (and perhaps even Nissan) were headed. The result was bashed by Consumer Reports and raked across the coals by most of the press. Did buyers care? Apparently not. The 2012 Civic was purchased in impressive quantities by real-people. Honda could have found solace in their sales, but instead they did something unusual: they re-re-redesigned the Civic for 2013 followed by a light refresh yet again for 2014.

The 2013 Civic isn’t just a second-year options package shake-up, and it isn’t even a mid-cycle color and trim shuffle. The changes after only a year on the market land somewhere between a refresh and and a redesign-on-the-same-platform. How can I call it a redesign? Well, if Lexus can call the “new” LS a new car… But I digress.

The 2013 re-tune focused on a visual re-tweak of the car’s front and rear end and a slew of interior refinement changes and upgrades. Because of the time constraints many of these changes didn’t make it to the Civic Coupé in time for the 2013 model year so for 2014 the Coupe gets the same interior and a slightly re-worked exterior. The big news for 2014 however is Honda’s all-new 7-inch touchscreen HondaLink infotainment system. The new smartphone integrated system runs a version of Honda’s familiar software adapted to a single screen interface with touch and slide gesture commands. While you can opt for standard navigation in the EX-L with Navigation model, the EX and EX-L trims integrate Honda’s new iPhone integrated nav option which costs just $65 (plus a cable) and reminds me of GM’s Bringo integrated navigation system. (In a good way.) I have long thought that this type of solution is the way to go and Honda has found a way to make it work even without Apple’s CarPlay software interface being finalized. Sadly Android owners will have to wait a while before a similar solution is available for them.