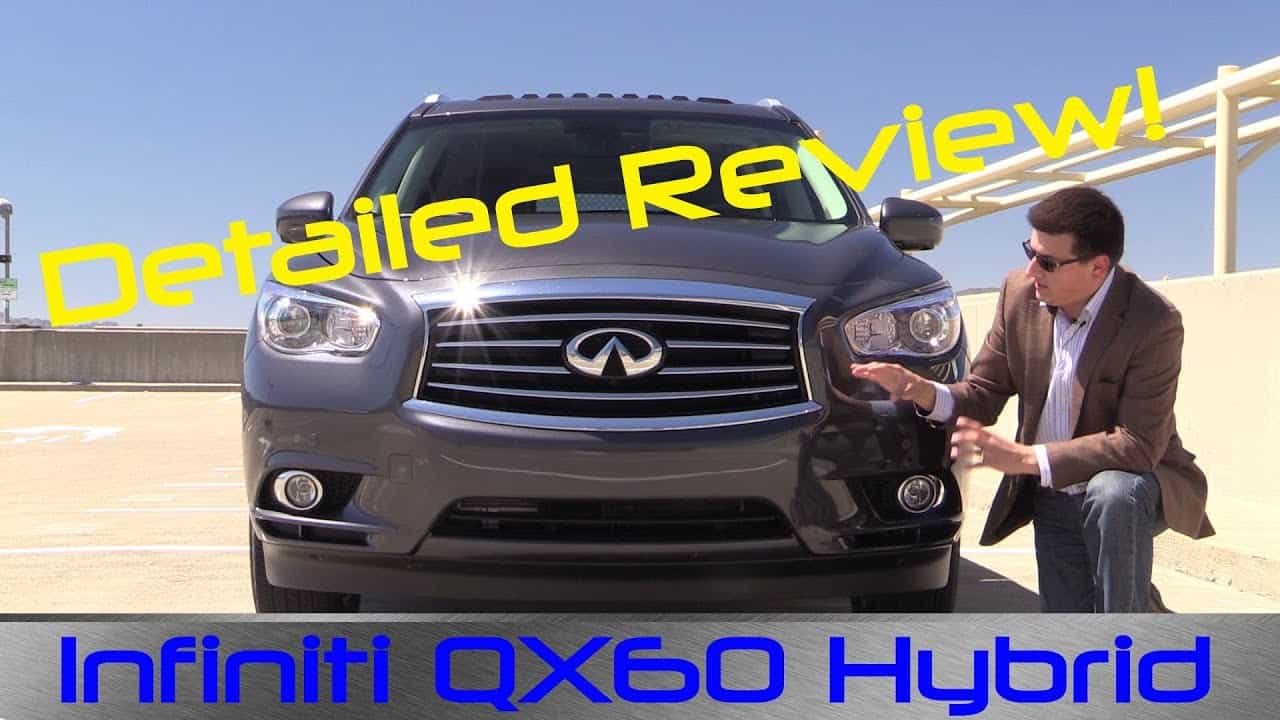 So you you need to carry seven people in comfort with decent economy but you don’t want a minivan? Enter Infiniti’s three-row luxury hybrid crossover, the QX60 Hybrid. Thanks to stronger fuel economy regulations there are plenty of three-row CUVs to choose from, but if you want something with a better brand name under 60-large that sips gasoline like a mid-sized sedan, you’re left with few options. Infiniti has had incredible success with the non-hybrid version of the QX60 coming in third in the segment despite being one of the newest entries.

Infiniti’s bulbous styling may not be everyone’s cup of tea, but it is a distinctive island in a sea of me-too crossovers. This new take on Infiniti’s “box fish” style isn’t as striking (or polarizing) as when the M debuted in 2010. On the bright side,  now that the design has aged, general opinion in my informal lunch group was overwhelmingly positive. Something I couldn’t say about the 2010 M. Despite heavy parts sharing with the new Pathfinder, the QX is better distinguished than the former generation QX/Armada was and indeed better differentiated than the Chevy Traverse and Buick Enclave.

The cabin is covered in soft-touch plastics, leather and acres of highly polished wood trim, just as you expect from Infiniti. In this segment, if you want an interior that doesn’t share parts with a mass-market brand, you’re again limited to the XC90 as every other design team had access to a corporate parts bin. Keeping this in mind, Nissan/Infiniti’s parts bin is a nicer place to spend time than GM’s button-bank. The new Enclave has a very competitive interior, but some of the parts choices fail to blend while the Infinti is a sea of harmony. Indeed one might say the Pathfinder borrows Infiniti parts and not the other way around. This top-down parts sharing is good for Pathfinder shoppers, but only time will tell if there is enough differentiation to make Infiniti shoppers happy. The XC90′s interior is still competitive thanks to continual tweaks over the past ten years, but that can’t forgive the lack of even a modest refresh from the Swedes.

The QX60 represents an interesting move for the brand I like to think of as “the Japanese BMW.” By putting practicality and economy before performance they have created a most un-Infiniti crossover. The combination of a nearly perfect interior, smooth CVT, 32% better fuel economy than Infiniti’s QX80 and the available hybrid that takes things to the next level and will actually save the average owner money, make a compelling argument. Toyota Highlander Hybrid, MDX and Audi Q7 shoppers looking for a compliant and efficient ride would do well to put the Infiniti on their short list as it is quite possibly the best three-row luxury crossover in America.