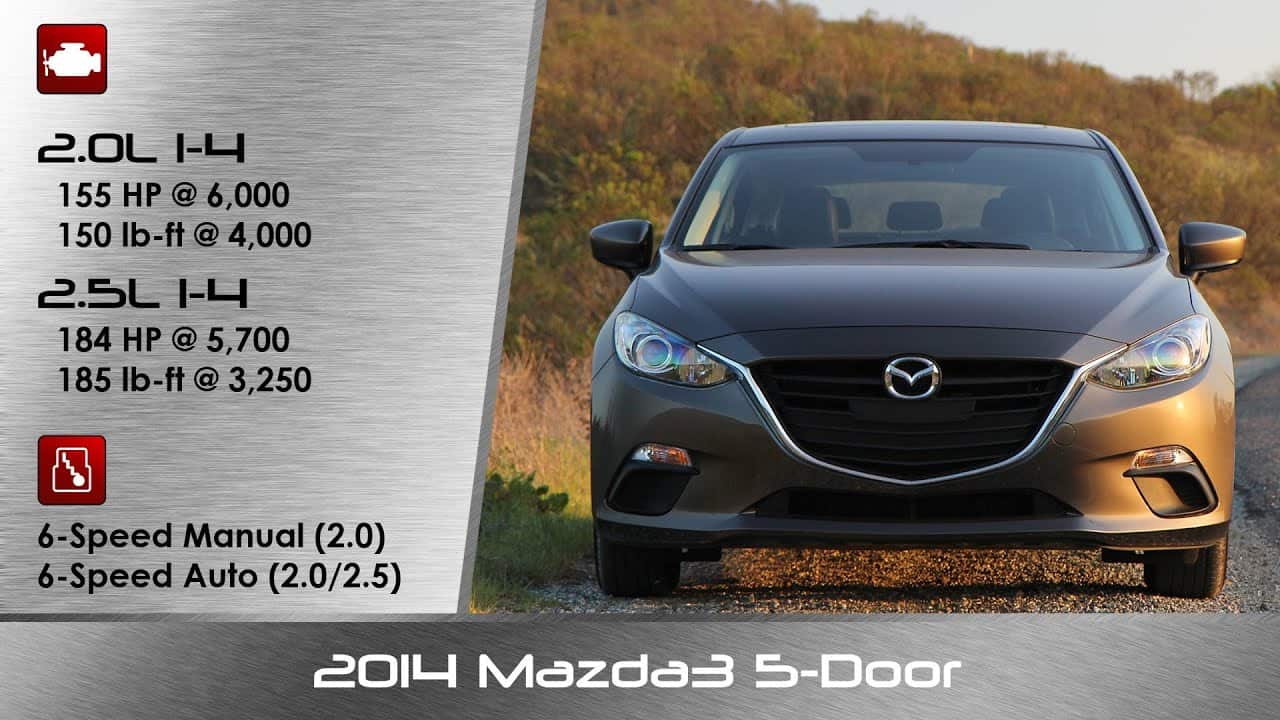 The mainstream compact car segment is the perfect example of the infamous “driving appliance.” The Corolla and Civic sell in enormous volume because they are the middle-of-the-road “white bread” option, not in-spite of the vanilla. Unlike many in the automotive press, I don’t find anything wrong with that. In fact, I love me some Wonder Bread. But sometimes you feel like a pumpernickel, and that’s where the 2014 Mazda3 comes in.

Accounting for 30% of Mazda’s worldwide volume, calling the Mazda3 their most important product would be putting things lightly. As a result 2014 brings a complete overhaul to every aspect of the 3 and the compact sedan now rides on a platform derived from the larger 6. The “Kodo” design language of the larger sedan has also been brought down to its smaller stablemate to astonishing effect. While the old Mazda3 was all smiles and bubbles, the new 3 is all grown up and aggressive with Mazda’s incredibly attractive grille. Before the 3′s release I was quite torn about who was the fairest of them all but now there is no contest.

The 2014 dimensions play a huge role in the way the 3 looks on the road. Mazda moved the A-pillar 3.5 inches to the rear making the hood longer, lengthened the wheelbase by 2.5 inches, dropped the height by 6/10ths and made the whole car 1.6 inches wider. So far so good, but somehow Mazda managed to slash the front overhang and increase the wheel-to-front-door distance to an almost RWD like proportion. That would probably have been enough in a segment dominated by slab sides, but Mazda puts two distinctive character lines to separate the 3 from the pack. Out back we have tail lamps that mimic the front styling and your choice of a hatch or a trunk. Opting for the hatch gives the Mazda3 a side profile reminiscent of BMW’s X1, not a bad thing to be reminded of.

With pricing that ranges from $16,945 (sedan) to a hair under $30,000 (loaded hatch) if you check all the option boxes on a Mazda3 hatch, it’s obvious the Mazda spans the price spectrum from white bread in a bag to a paper-wrapped organic artisan cheesy sourdough. Like the Ford Focus, this large price span means the $19,495 iSport and $20,645 iTouring compete with the bulk of Corolla/Civic shoppers while the upper level trims compete with the Ford Focus, Acura ILX, Lexus CT200h, Buick Verano, and the few that shopped Volvo’s defunct C30.

Compared to the Civic and Corolla, the Mazda3 delivers superior dynamics and more premium dash materials in exchange for less tech and no touchscreen infotainment. This is a dangerous trade in a segment known for placing features before fun. On the flip side, the Mazda3 has everything it needs to compete with the Focus, ILX, Verano and CT200h. Mazda’s chassis tuning makes the Mazda the most fun to drive (even considering the ILX 2.4′s Civic Si roots), the infotainment system is entry-level luxury worthy and 2014 brings all full-speed range radar cruise control and ever gadget the Buick and Lexus shopper could want. So is the Mazda3 the perfect pumpernickel for Wonder Bread prices? As good as. Civirolla shoppers who can be convinced to cross-shop will be pleased with Mazda’s sexy exterior, comfortable seats and road manners, but those after large seats and large trunks will return to the white bread alternative. I suspect the near luxury shoppers are the ones that will miss out the most however thinking that nothing this tasty could come in a package with a Mazda logo on it. Their loss.