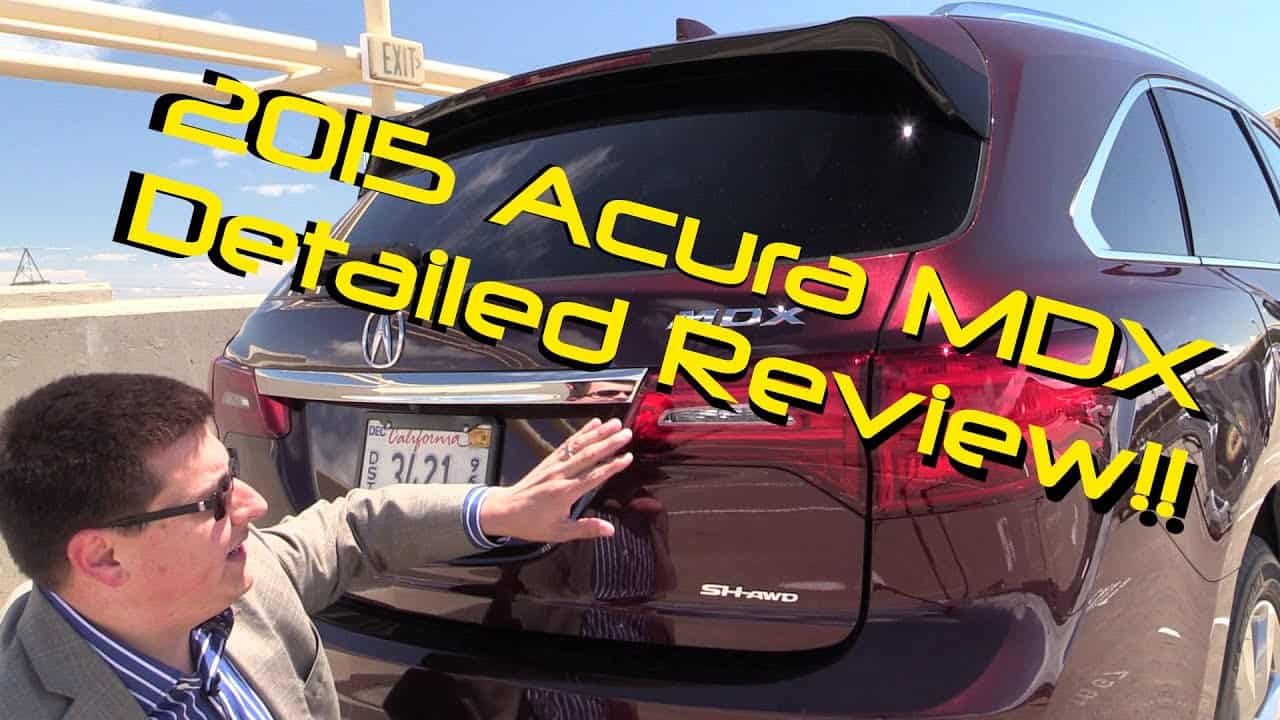 The 2015 MDX’s conservative, evolutionary design is why the MDX is instantly identifiable as an Acura. Up front we have standard full-LED headlamps which means the MDX is one of the few vehicles on the road of any description with standard LED beams. While Acura’s signature “beak” remains up front, it has been toned down in this generation and I actually find the look pleasing to the eye.

The MDX is notable for being a mid-sized crossover with seven seats. This size difference is important to keep in mind because comparisons to the likes of the Infiniti QX56, Mercedes GL, and Lexus GX seem everywhere. The more appropriate cross-shops are the Infiniti JX35 (now the QX60), Buick Enclave, Volvo XC90 and maybe the Lincoln MKT.

Acura continues to stick to their formula of traditional injection molded dashboards and plenty of convincing fake wood. I would be interested to hear your opinions on this choice, so be sure to sound off in the comment section below. While I like the look and the materials are premium in feel, it can’t match the visual impact or feel of a stitched leather/pleather dash, something that the refreshed Buick Enclave does incredibly well. The MDX continues to do have a very uniform feel with perfect seams and gaps and a consistent quality level throughout, something that Buick’s CUV continues to struggle with (the lower dash and door plastics in the Enclave are still a bit cheap.)

In 2014 Acura swapped the 3.7L V6 for the new 3.5L “Earth Dreams” mill with direct-injection and “Variable Cylinder Management.” (VCM allows the V6 to drop to a 3-cylinder mode on the highway.) To quell vibrations, the MDX gets unique active engine mounts which generate vibrations opposite to what the engine produces to cancel them out. (Think Bose noise cancelling headphones.) Despite the DI treatment, power is down from 300HP to 290 and torque takes a small drop from 270 to 267 lb-ft as well. To counter the power loss, Acura put the MDX on a diet and improved low-end torque which mean that performance is up, even with the power down.

Thanks to SH-AWD, the Acura is almost the X5′s dynamic dance partner, unfortunately you can’t completely hide the MDX’s extra nose weight. The MDX shines against the Infiniti QX60 with a more refined and better performing drivetrain. Encore shoppers looking for a more premium brand and some handling cred won’t be appointed and Mercedes ML shoppers will find a better value in the MDX than the German. The MDX’s fiercest competitor is likely to be the forthcoming 2016 Volvo XC90 with similar dynamics, a similar brand reputation but a fresh new product with a more fuel efficient and powerful engine line. Join me next year for that review.