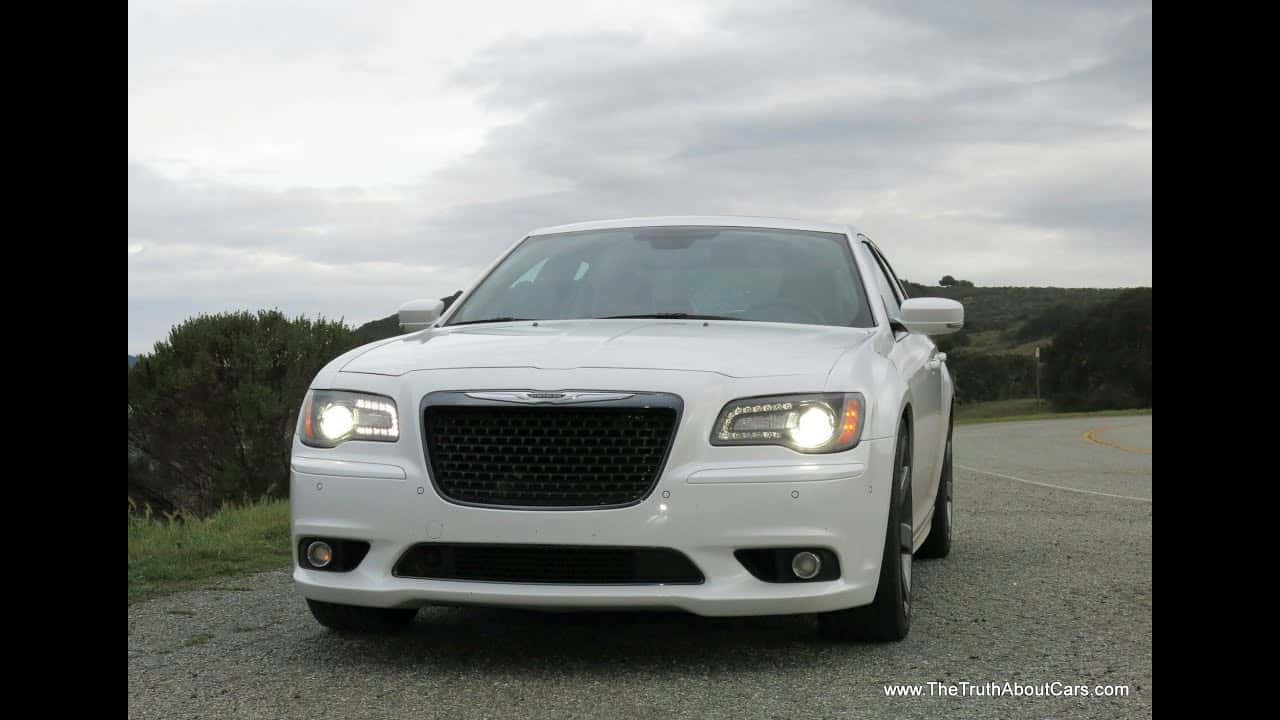 Chrysler’s largest sedan went under the knife for 2015 with interior and exterior tweaks to keep the big sedan fresh. For nearly 10 years Chrysler has been trying to figure out exactly what their large RWD should compete with. Is the 300 a near-luxury player? For 2015 Chrysler says no, yet the refreshed 2015 300C, especially in 300C Platinum trim gives the closely related Maserati Ghibli a run for its money.

Up front we get a nee front end with optional LED fog lamps, HID lamps that steer and a new grille that’s bolder and more true to the first generation “new 300.” The lower valance gets a tweak to make it look more harmonious when parked to Chrysler’s mid-sized 200 sedan and we have new tail lamps in the rear with LED lights and a new style.

Under the hood it’s the same 3.6L V6 and 5.7L Hemi driving the 300 down the road. You’ll note that the 6.4L SRT engine is no longer available in the 300 since sales were slow. From 2015 onward the 300 SRT will only be sold in markets where the Dodge Charger SRT is not sold leaving the Dodge brand to carry on the high-horsepower banner. For 2015 the 5.7L V8 gets the ZF 8HP 8-Speed automatic transmission that has been spreading across teh Chrysler lineup, although it loses the optional AWD system in the process. Chrysler tells us the take rate was too low so if you want a V8 and AWD, get the 2014 while supplies last.

The interior of the 300 has the biggest change. There’s a new instrument cluster, new audio systems, new seats that increase rear legroom and more refinement all the way around. While you can still find some hard plastics in the cabin, there are fewer than in the Ford Taurus, Chevrolet Impala or Toyota Avalon and all the other materials are a step above the competition. Platinum models get quilted leather seats and doors and a leather dashboard that propel the 300C ahead of near luxury entries like the Lincoln MKS, Cadillac XTS, Volvo S80, Buick LaCrosse and Acura RLX.

Oddly rounding everything up, the 2015 model holds the line on pricing being the same as the outgoing 2014 model despite the improved feature set and the major wins over the Taurus, Azera and Cadenza. 2015 looks like a good year for Chrysler.