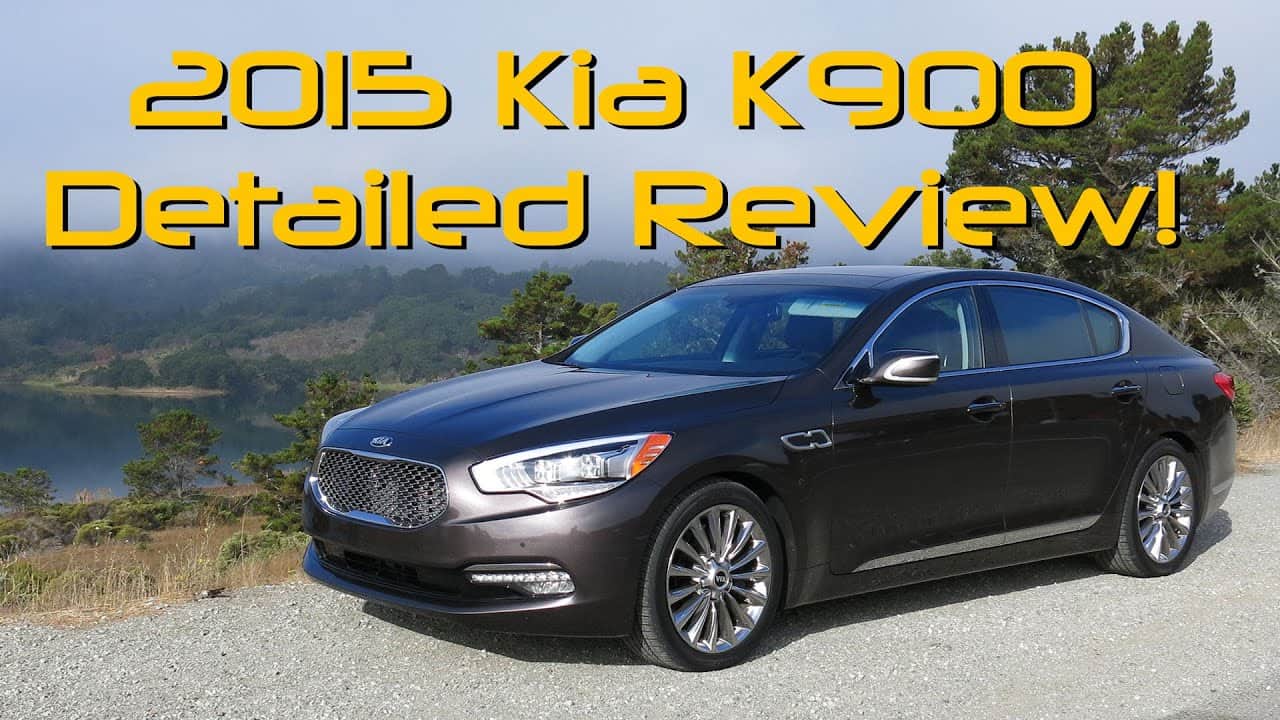 When Volkswagen brought their Phaeton to the US last decade, the automotive press lauded the vehicle’s luxury attributes but the Phaeton failed to sell. While there have been many post-mortems done on the failed Phaeton, the most likely two answers were: it looked like a Passat and it was just as expensive as the luxury competition. Let’s get one thing straight up front, the Kia K900 is not a “Kia Phaeton.” The biggest difference isn’t the design which looks very much like the rest of the Kia family, it’s the pricing.

Selling between $60,000 and $66,000, the Kia K900 is a screaming deal when you compare it to the full-size luxury sedans from Lexus, BMW, Mercedes, Audi and Jaguar. But is it real competition?

The K900’s sheetmetal is assembled with the same precision you find on the Lexus LS and from certain angles you can see hints of the BMW 7-Series and Lexus LS in the design. Overall the design language is restrained and elegant. I wouldn’t go so far as to say derivative, because let’s be honest, there is no such thing as “daring design” in the full-size segment. Even the XJ and S550 which tie for the most exciting designs don’t stray too far from the norm.

On the inside we find all the usual luxury trappings from soft-close doors, heated and cooled seats to an Alcantara headliner and rear reclining seats. Restrained quantities of real wood and the occasional hard plastic piece can be found to prove that you paid a whopping $60,000 less for your K900 than your neighbour’s S550, but they are few, far-between and generally out of reach.

That’s the thing about Kia these days: they know how to pinch a penny the right way. All cars are about cutting corners, the trick is cutting the right ones. Kia uses some hard plastics on the inside, limits the amount of real wood, limits color choices and keeps the inventory low by offering only one $6,000 option package. In doing so Kia was able to actually deliver a higher level of interior parts quality than base BMW, Lexus and even Audi models. Case in point: the stitched leather dashboard and upper panels on the doors. You generally don’t find real cow hide on the competition without paying for expensive upgrades while Kia drops the stitched goodness into all K900 models.

Under the hood we have the same 240 horsepower 5.0L V8 engine that you’ll find in the Genesis and Equus sedans. The engine was co-developed with Hyundai and this latest version is the most powerful iteration yet. Mated to Hyundai/Kia 8-speed automatic transmission, the K900’s luxury credential list is complete.

Out on the road the K900 is easily the dynamic equal of the Lexus LS. That may sound odd, but the LS is one of the better handling full-size luxury players. The A8 is slightly nose heavy due to the engine’s position, the S550 is large and heavy, the latest 7-Series is chasing Mercedes in the large and heavy war and the Jaguar XJ’s aluminium body makes it handle more like a BMW 5-Series than a full-size luxo barge. The only thing holding the K900 back from competing with the 7-Series in the slalom is Kia’s odd tire choice. The Hankook Optimo H426 is not a low-rolling resistance tire as some have said, however Hankook says it was designed for smooth, quiet operation and low fuel consumption. That’s kind of a pity because the fuel consumption on the K900 is already hungry (like the others in this segment) however it lacks the grip the rest of the big boys command. Is that a problem? Not really.  You see, for the extra you would pay for a similarly equipped (but less powerful) BMW 740i, you could buy 10 sets of max performance summer tires and a few gas cards.

While I don’t see many 7-Series, S-Class, A8, or XJ shoppers cross-shopping at the Kia dealer, if you’re looking in the near-luxury segment or the mid-size luxury segment you’ll get a great deal more car for your buck at the Kia dealer with a longer warranty. Now you need to ask yourself: just how much is that logo on your hood worth?