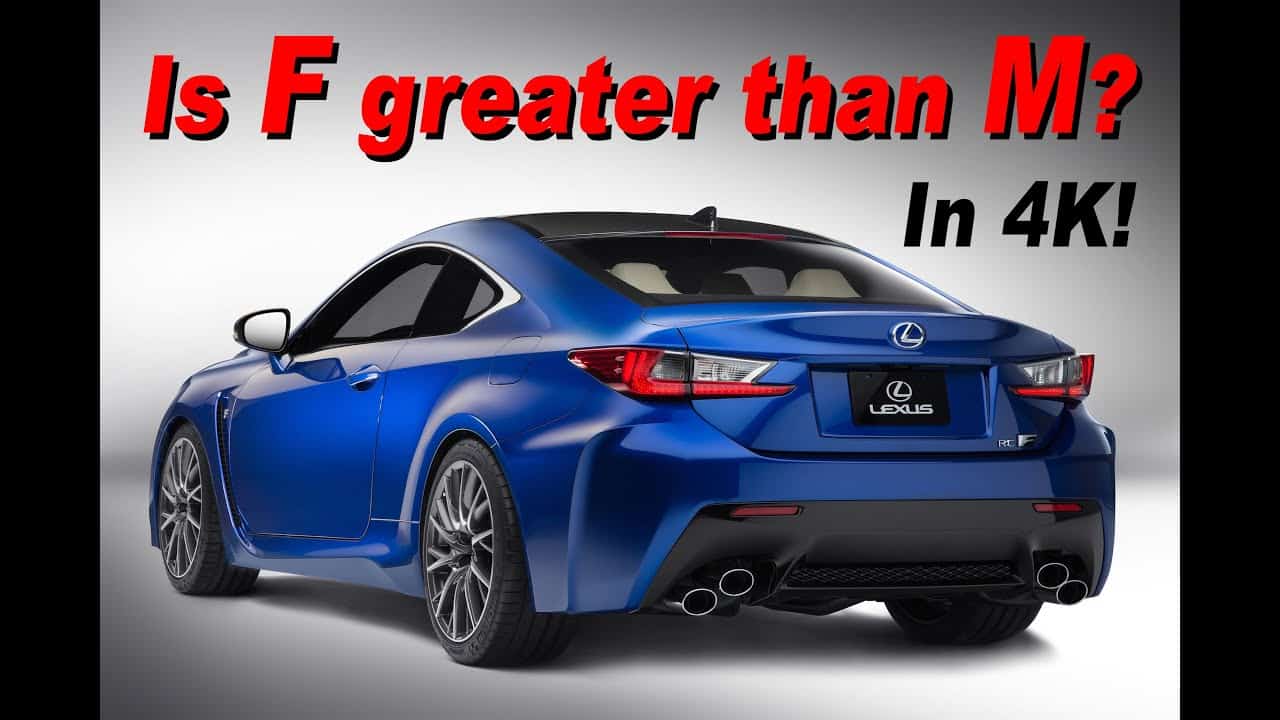 Is the RC F the BMW M4 competitor we’ve all been waiting for? Or as the British would say “is it all mouth and no trousers?” One thing;s for sure, it certainly looks the part. The old  IS F was as unassuming as the RC F is bold. The Lexus ES says “I’m on my way to the mall” while the front end on the RC F says “I’m on my way to an anger management intervention.”

F buyers get a reworked 5.0L V8 from the last IS F that Lexus made. Based on the 4.6L V8 found in the LS 460, the 5.0L version has some significant changes in addition to the larger displacement. We get the usual bevy of performance tweaks like titanium valves, a fuel surge tank, and high-lift cams. We also get something unusual on a performance vehicle: the ability to operate on an Atkinson cycle. (Technically a modified Otto cycle.) Unlike most engines however this 5.0L V8 can switch between Otto and Atkinson cycles depending on what is needed at the time. This was accomplished by swapping the variable valve timing system found on the old 5.0L design with a new electronically controlled unit on the intake side. This allows a greater deal of control over both valve lift and duration. When efficiency is needed, the intake valve stays open part way into the compression cycle effectively making the compression stroke “shorter” than the expansion stroke and improving efficiency. According to the engineers, the advantage to employing this fuel-sipping tech is that switching back to max-burn mode takes less time than cylinder deactivation and it can be done across a broader range of engine RPMs. The advantage to the consumer is that it is 100% transparent while cylinder deactivation systems cause a change in exhaust note and can decrease engine smoothness. Thanks to these modifications the RC-F produces more power than the hybrid implementation of this engine in the LS 600hL while getting a 2MPG bump in the EPA highway score to 25 MPG and 19 MPG overall.