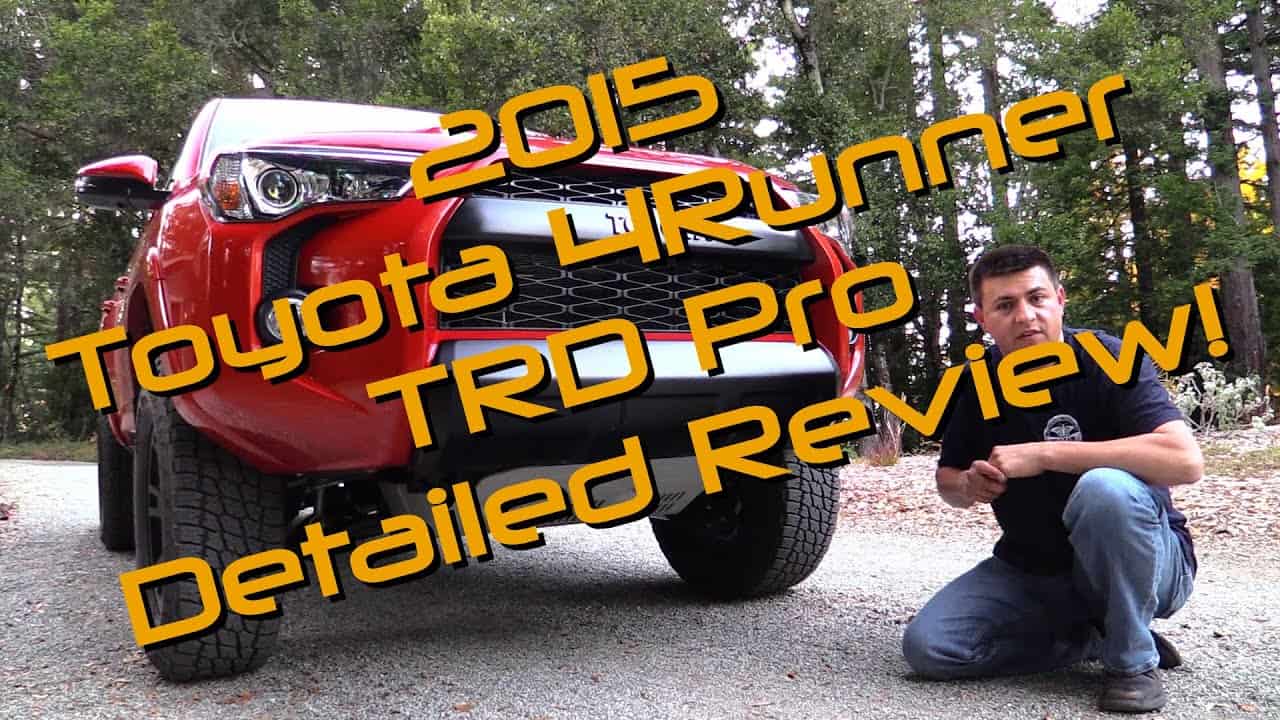 Even though the 4Runner was refreshed for 2014, little has changed over time for the Toyota’s mid-sized go-anywhere SUV. That means the 4Runner’s body still sits on a frame. That also means the 4Runner, Nissan Xterra and Jeep Wrangler Unlimited are the only mid-sized non-luxury body on frame SUVs left in America. (And I’m not sure I’d even call the smallish Wrangler a mid-size SUV.) Of course I can’t go further without mentioning the 4Runner’s modern nemesis: the decidedly unibody Jeep Grand Cherokee.

The gentle refresh to the interior consists of a new steering wheel, radio head units, gauge cluster, seat fabrics and plastic color choices. The new steering wheel is essentially shared with the Tundra and features a thick rim, well places sport grips, soft leather and well placed radio buttons. While Toyota claims that the front seats are unchanged from 2013, they seemed softer and more comfortable. This could be down to the new fabric choices, but I think some foam was changed as well.

Ergonomics in the 4Runner have always been secondary to the off-road mission, and because little substance has changed for 2014 that remains. Window switches have gained an Auto feature but are still in an awkward and high place on the door, possibly to keep then out of the water should you stall in a stream. Radio knobs and switches and the 4WD shift level all require a decent reach for the average driver. Unlike the Grand Cherokee you can still get a 7-seat version of the 4Runner in SR5 and Limited trim, Trail and TRD Pro remains 5-seat only. The extra two seats are an interesting option because the Nissan Xterra and Grand Cherokee, the only two rugged off-roaders left, are strict 5-seaters.

Yes, Toyota continues to add creature comforts, and I’m sure they will sell plenty of the RWD Limited model in suburbia, but at its heart the 4Runner is an off-road SUV. This is quite different from the Jeep Grand Cherokee which has been on a constant march toward the mainstream. (Albeit with an eye toward off-roading.) This is obvious when you look at Jeep’s switch to fully independent air suspension, constant size increases, a plethora of engine options and curb weight gone out of control. Don’t get me wrong, I love the Grand Cherokee, but if you want to climb rocks, it’s not the best choice. Meanwhile, Toyota has in many ways re-focused on off-roading. The 4Runner offers a myriad of off-road software aids and the retention of a mechanically locking solid rear axle and rugged frame. In this light, keeping the old drivetrain makes sense: it’s tried and true and there are plenty of aftermarket accessories designed with it in mind.

The 4Runner may be a go-anywhere SUV, but it’s not a tow-anything SUV. The V6 and 5-speed combo limit the 4Runner to 4,700lbs, down from the 7,300lbs the defunct V8 model could shift. That’s thousands of pounds less than the Grand Cherokee and even 300lbs less than the Ford Explorer crossover. However, even this can be seen as a refocusing on the 4Runner’s core mission. As I’ve noted before, nobody seems to tow with their mid-size SUV except me, and off-roaders prefer the lower weight and better balance of the V6 for true off-road duty.

With Toyota canning the slow selling FJ Cruiser at some point soon, the 4Runner will soldier on as one of the last rugged SUVs. For a model that helped ignite the SUV/CUV explosion, it’s refreshing that the 4Runner has stayed true to its roots: providing a daily driver capable off-road machine. The Wrangler Unlimited is a better rock crawler with solid axles front and rear, better approach/departure/breakover angles, better ground clearance and a lower range gearbox, but the Wrangler is too off-road dedicated for the school run. If you’re one of the few that drops the kids off and heads over to the off-road park on your way to Costco, the 4Runner is for you. If you’re the majority of SUV shoppers, there are more “conflicted” “compromised” options out there that will fit your lifestyle better. Jeep will be happy to sell you one.