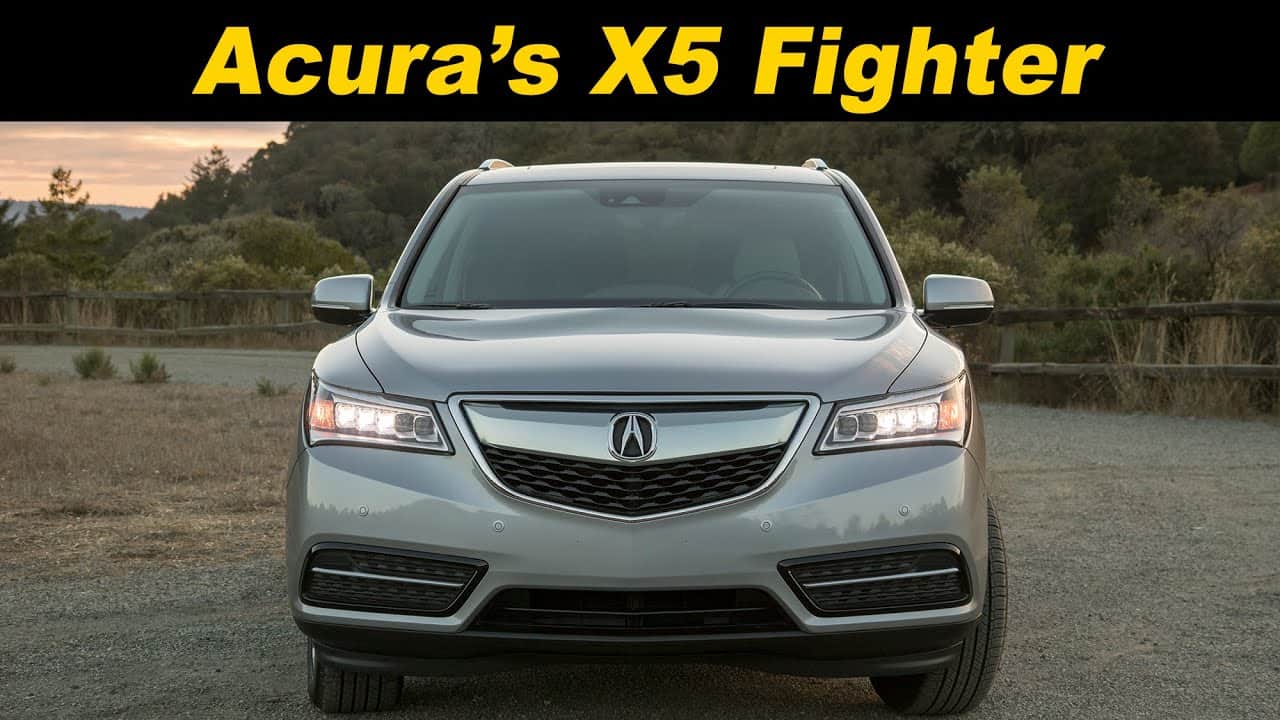 The MDX is notable for being a mid-sized crossover with seven seats. This size difference is important to keep in mind because comparisons to the likes of the Infiniti QX56, Mercedes GL, and Lexus GX seem everywhere. The more appropriate cross-shops are the Infiniti JX35 (now the QX60), Buick Enclave, Volvo XC90 and maybe the Lincoln MKT.

In 2014 Acura swapped the 3.7L V6 for the new 3.5L “Earth Dreams” mill with direct-injection and “Variable Cylinder Management.” For 2016 we get an all-new ZF-designed 9-speed automatic transmission under the hood. Instead of targeting fuel economy, Acura chose to tune the new transmission towards performance and 0-60 times drop by a full second vs 2015.

Thanks to SH-AWD, the Acura is almost the X5′s dynamic dance partner, unfortunately you can’t completely hide the MDX’s extra nose weight. The MDX shines against the Infiniti QX60 with a more refined and better performing drivetrain. Encore shoppers looking for a more premium brand and some handling cred won’t be disappointed and Mercedes ML shoppers will find a better value in the MDX than the German. The MDX’s fiercest competitor is the 2016 Volvo XC90 with slightly better dynamics and a similar brand reputation, but a fresh new product with a more fuel efficient and powerful engine line.