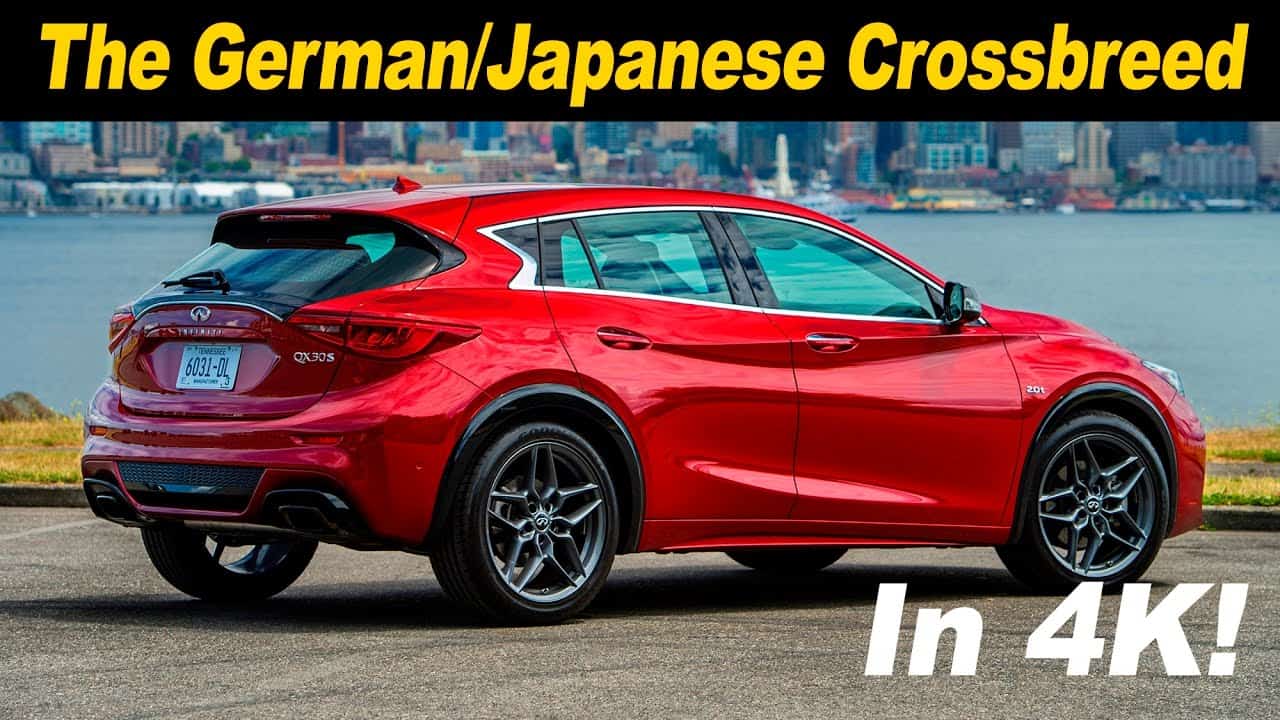 Is it a crossover or is it a luxury hatch? The answer is: yes. The QX30 in America is known in other markets as the Q30, the Q30S and the QX30 because it comes in a few flavors. Based off the closely related Mercedes GLA, the Infiniti is also a German/Japanese hybrid pulling some of the best traits from each company.

There are a few things that make the QX30 unusual. First, Infiniti is very upfront about their parts sharing with Mercedes Benz. Second, Mercedes did not design the QX30, it’s a bit more complicated than that. Infiniti’s smallest crossover was designed by Infiniti but they had access to the Mercedes parts catalogue. The result is a car made in a Nissan factory in the UK containing an engine designed by Mercedes but built by Nissan in Tennessee. The car looks like an Infiniti and drives like a Mercedes. The result is an oddly cohesive car that’s a better value than the related GLA 250 and I think a little more interesting as well.