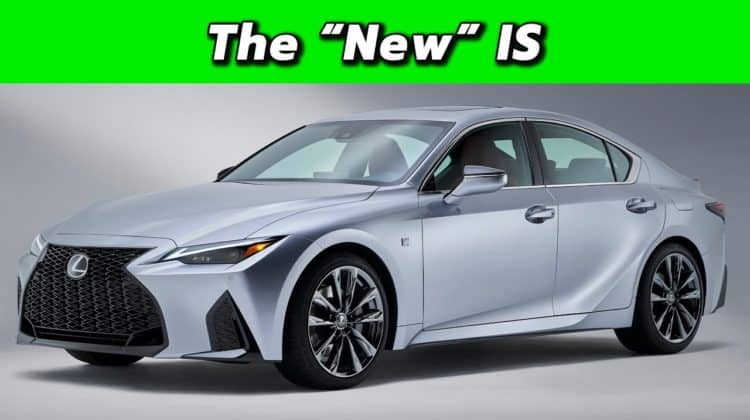 The rumor mill told us to expect a lot of crazy things with the next-generation Lexus IS. It was going to have a Mazda platform and inline-six, they said. It’ll be like the Supra featuring a BMW platform and engine! Nope. None of those came to fruition. Instead, what we got is a heavily refreshed version of the existing IS sedan. Now, it looks more refined and grown up. Yes, the angular mug and spindle grille are still there but it’s softer and less polarizing than before. In the rear, there’s now a full-width LED taillight strip.

Under the skin, the IS is a carryover. Lexus heavily modified the car’s current underpinnings with the goal of making it a sportier drive than before. However, the engines remain. The IS 300 RWD uses a 2.0-liter turbo-four while the IS 300 AWD and IS 350 employ a 3.5-liter V6. RWD models get an eight-speed automatic transmission while AWD ones have to make do with an older six-speed unit. If you’re looking for a sporty F Sport model with all the suspension tweaks and a limited-slip differential, you’ll only get that in the IS 350 from now on. The IS 300 models are no longer offered in the F Sport flavor. If that’s not enough for you, word is there’s also an IS 500 coming powered by a 5.0-liter V8; however, we don’t know how potent it actually is and what changes Lexus made to make it handle better.