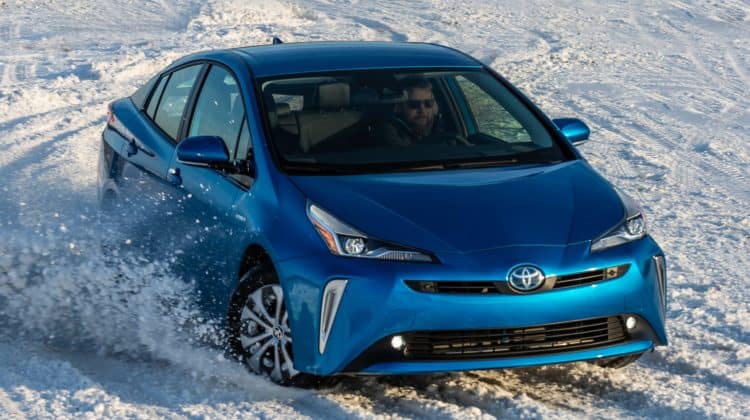 The 2021 Toyota Prius e-AWD is the latest evolution of the hybrid icon that started it all. Without it, the electrification revolution wouldn’t have started. Toyota proved that you can make reliable, smooth, and drivable (and now no-compromise) hybrid vehicles with the Prius and it helped the brand establish itself as an electrification pioneer. Sure, Toyota currently doesn’t have a battery-electric model in its lineup right now but keep in mind that it already has the know-how to make one. All it’s doing now is waiting for the right time to introduce it.

Love it or hate it, the 2021 Toyota Prius won’t be mistaken for anything else. The wedge shape remains, only this time you get angular headlight and taillight clusters to go with it. That’s all function, though, because the Prius’ shape makes it extremely aerodynamic, increasing its efficiency by allowing it to cheat the wind better while retaining generous interior space for both passengers and cargo. As a result, the Prius’ silhouette has been replicated time and time again. Even among battery-electric vehicles, you see that’s same wedge shape in so many of them ranging from Teslas to the Jaguar I-Pace and even Mercedes-Benz’s upcoming flagship EQS.

Once you go inside the 2021 Toyota Prius, you’ll find the same quirky two-tiered dash that it’s had for several years now. Unfortunately, you won’t be able to get the massive 11.6-inch touchscreen if you want AWD because the latter is only available in LE and XLE grades. That means you’ll have to make do with a small 7.0-inch unit but at least it has Apple CarPlay and Android Auto compatibility. Thanks to the Prius being a hatchback, it has a suspiciously large cargo area with over 27 cubic feet of capacity with all seats up. Seating up front is fairly comfortable while the rear can easily accommodate two adults.6

The 2021 Prius still uses the same 1.8-liter four-cylinder coupled to two electric motors, a battery, and a planetary gear set. AWD models use a nickel-metal hydride unit and get a third electric motor mounted on the rear axle. Combined output remains at 121 hp. The EPA rates the Prius e-AWD at 51/47/49 mpg city/highway combined. Keep in mind that this AWD system was developed to help improve traction in the wet, snow, and ice, and get it off the line better. Obviously, the Prius isn’t quick because of its focus on efficiency. Its handling is typical for a compact vehicle and the ride is reasonably comfortable. At least it’s relatively quiet thanks to surprisingly generous sound insulation.

Although the 2021 Toyota Prius doesn’t sell in huge numbers anymore, it has to get credit for eventually spawning the hybrid variants of other vehicles. Without it, Toyota wouldn’t have been able to make electrified versions of the Camry, Highlander, RAV4, Venza, Sienna, and others. The electric revolution wouldn’t have likely started either if it wasn’t for the Prius. So yes, the Prius is still the ultimate appliance and the e-AWD version is essentially the four-season equivalent of that. However, when you look at it closer, the auto industry owes a lot of debt to Toyota’s quirky-looking hatchback. Without it, hybrid vehicles wouldn’t be the way they are today. 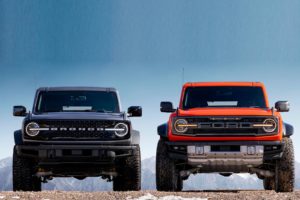 My name is Brian. This is The Daily. Bronco Raptor emerges from the … END_OF_DOCUMENT_TOKEN_TO_BE_REPLACED