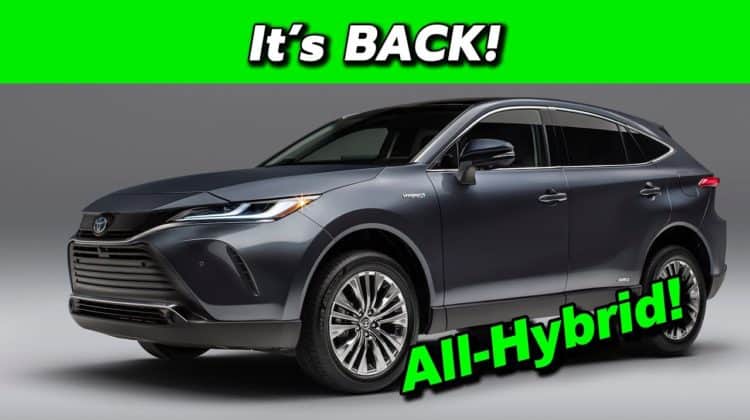 Toyota has brought back the Venza for 2021 and it comes only with a hybrid powertrain. Essentially the Japanese market Harrier, the Venza slots between the RAV4 and the Highlander. Think of it as a more stylish crossover aimed at the likes of the Subaru Outback, Hyundai Santa Fe, and Honda Passport. However, the Venza is on the smaller side of the spectrum for its segment and is billed as a luxury-oriented model. It’s also more curvaceous than the RAV4, which means it may have less overall interior space than some of its competitors.

As with all modern Toyota models, the Venza gets a full suite of driver assistance features as standard. It’s also offered with a larger 12.3-inch touchscreen on higher trims just like the three-row Highlander. Apple CarPlay and Android Auto compatibility are also standard across the board.

Under the hood is the same hybrid system found in many Toyota vehicles including the RAV4 and Camry. This takes a 2.5-liter four-cylinder paired to a lithium-ion battery, two electric drive motors and a planetary gear set. Like the RAV4 Hybrid, the Venza has 219 hp combined and its second electric drive motor is mounted on the rear axle to give it AWD.