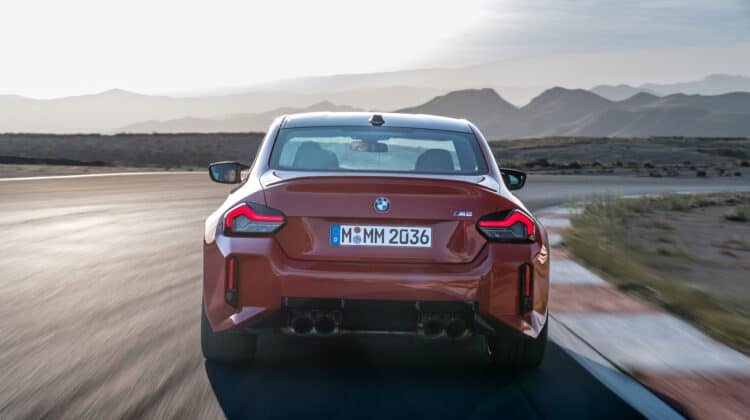 The 2023 BMW M2 is finally here, and it seems to be a controversial little thing. Generally stemming from its design, die-hard fans seem to be all in a tizzy over the M treatment given to the nose of the vehicle. It doesn’t even have the now-ubiquitous “beaver-tooth” look that M3 and M4 were given, but it nevertheless has the world split. Aside from the squared-off grille and updated bumpers, the new M2 is 4.1 inches longer, 1.3 inches wider, and 0.3 inches lower than the previous car. It weighs a lot more in both manual and automatic flavors (3,814 and 3,867, respectively), but maintains a 50/50 weight distribution front to rear. Inside, the car receives an updated dashboard design with the new dual-screen curved setup featuring iDrive 8.

Performance-wise, the M2 is powered by the 3.0L twin-turbo S58 inline-6 that produces 453 horsepower and 406 lb.-ft. of torque. Unlike the M4 and M4, xDrive all-wheel drive is not on the table. Like the base versions of those models, however, a six-speed manual transmission is available. The likely more popular ‘box will be the eight-speed M Steptronic automatic, which replaces the DCT from the old car. Performance is rated at 4.1 and 3.9 seconds for 0-60 mph, respectively. An M Driver’s Package bumps the top speed from 155 to 177 mph.