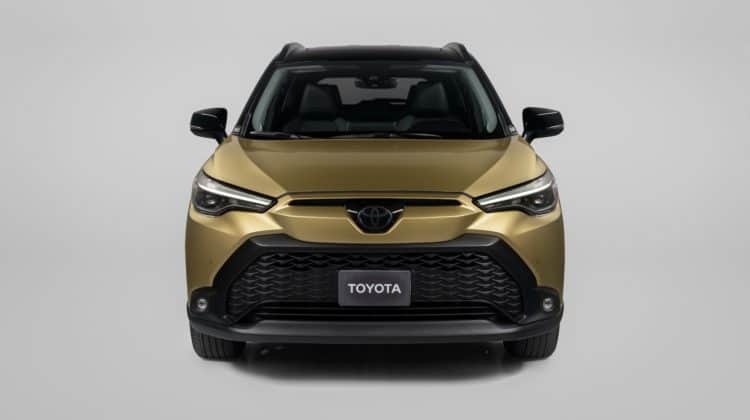 The 2023 Toyota Corolla Cross Hybrid revealed. Along with several major updates to the 2023 sedan and hatchback variants, the Corolla Cross receives a sportier and more powerful hybrid variant for the first time ever. The new powertrain also ushers in three new sport grades – S, SE and XSE (seen in yellow below) for the Cross. You can still get one in LE and XLE grades, too, but those won’t give you the option of attractive two-tone paint choices. The XSE trim makes 18-inch alloy wheels available on the Corolla Cross for the first time.

The hybrid system powering the Corolla Cross Hybrid is a new 2.0L 4-cylinder with the brand’s CVT-like planetary gear set and e-AWD, but no specs were provided on the electric motors and their exact configuration. This produces 194 horsepower and an 8 second 0-60 time. Toyota promises 37 combined MPG for all grades, making this the quickest and most fuel efficient Corolla Cross you can buy. It’s also now the safest (though the gas-only models benefit from this, too), with Toyota Safety Sense 3.0 system standard across the lineup. This system includes every single active safety feature you can think of: adaptive cruise control, automatic emergency braking with pedestrian detection, lane-keep assist with lane-tracing, automatic high beams, blind spot monitor, rear seat reminder, and more.

2023 Honda HR-V First Drive: I recently had the chance to spend some time … END_OF_DOCUMENT_TOKEN_TO_BE_REPLACED