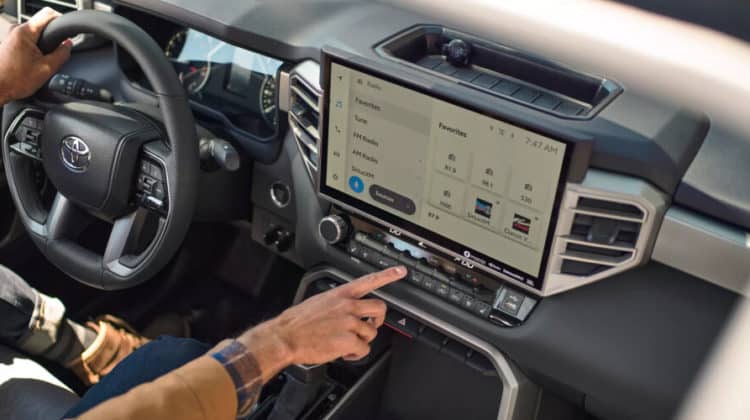 For 2022, Toyota and Lexus are rolling out new infotainment software. Rather than being developed in Japan, this generation was developed in the USA by Toyota’s new connected services software development team. It does away with the ‘Entune’ and ‘Enform’ names entirely. 2022 Tundra and NX are the inaugural applications of the system, both with massive touchscreens. Full OTA updates and connected services make this their snappiest and most advanced system by far. Wireless smartphone integration and an AI voice assistant finally bring the system into the 2020s. Strangely, though, the new Lexus LX receives a dual-screen iteration of this system. Let’s take a closer look at the single screen’s changes.