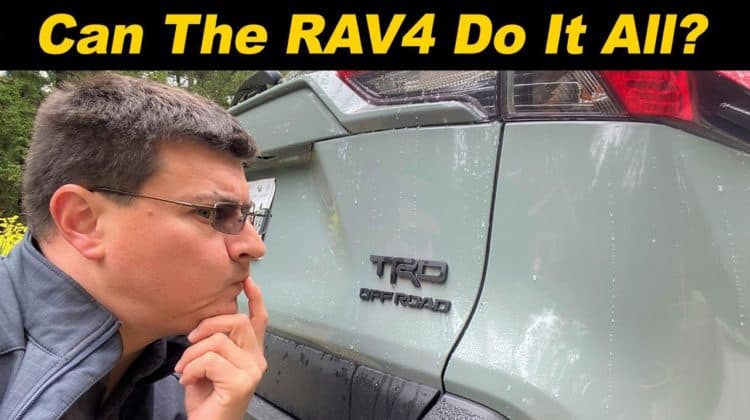 Toyota is aiming to make the RAV4 its most comprehensive model with something for everyone. In addition to a humble crossover you can commute in on a daily basis, there’s a more upscale Limited trim with lots of creature comforts. Want something more efficient? There’s the RAV4 Hybrid. If you’re looking for something with more power, the hybrid model also has you covered, too, because it has 219 hp combined. There’s also the XSE Hybrid if you’re looking for tighter handling.

For those in search of a more rugged RAV4, there’s the Adventure trim, which looks the part, has more ground clearance, different bumpers and additional body cladding. Now, Toyota has added the RAV4 TRD Off-Road, which has a TRD-tuned suspension to help it perform better in the dirt. It’s also got black TRD 18-inch alloy wheels, black side mirror covers, and a unique grille to distinguish it as the rugged one. Do these changes make the RAV4 TRD Off-Road a Jeep-rivaling rock crawler? Nope. What it does is make the car a better performer in light off-road situations like gravel and dirt roads, and allow the crossover to go farther off the beaten path than your average RAV4.