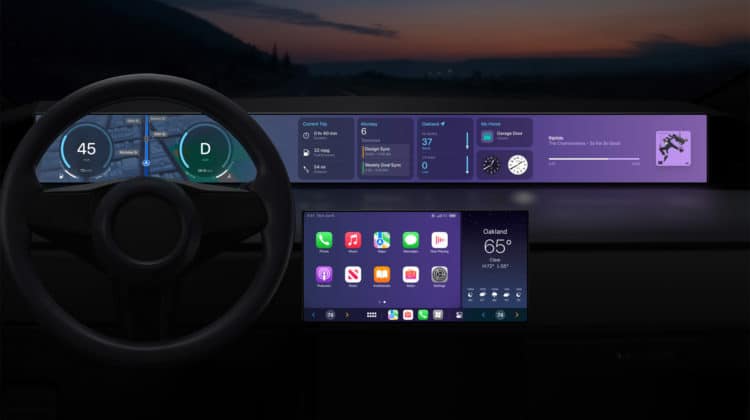 Apple unveils an immersive CarPlay update: Today Apple’s annual WWDC (Worldwide Developers Conference) event took place. Among new product announcements came the unveiling of iOS 16, the next update for the company’s mobile devices. Within the update was the biggest change to CarPlay to date. Until now, like Google’s Android Auto interface, CarPlay has simply been an extension of the smartphone experience onto one or two displays in your 2016 or newer compatible vehicle. With this update, Apple has integrated CarPlay into the entire infotainment and digital experience of the car.

Not only does the update take over every interface available in compatible vehicles, it can essentially override the user experience to give you one that is 100% Apple. “Users will be able to personalize their driving experience by choosing different gauge cluster designs, and with added support for widgets, users will have at-a-glance information from Weather and Music right on their car’s dashboard.” In the images provided by Apple, you can see this in action. This system, from what we can gather so far, is not like Google’s Android Automotive system found in new Volvos and GM products, however. That system is the native interface for the vehicles that run it, this will still require a connection from a compatible iPhone. More details will be provided later this year, though a list of cars that can run it won’t be announced until “late next year”. So, clearly they are still in the development stages.

One thing we can take away from this news is that Apple is still quite committed to the automotive experience. We’ve known about their automotive intentions for a long time now, including the auto industry executives they’ve poached and the companies they’ve acquired in order to develop their own vehicles. Whenever something like that does eventually manifest, expect it to have a UI similar to this.