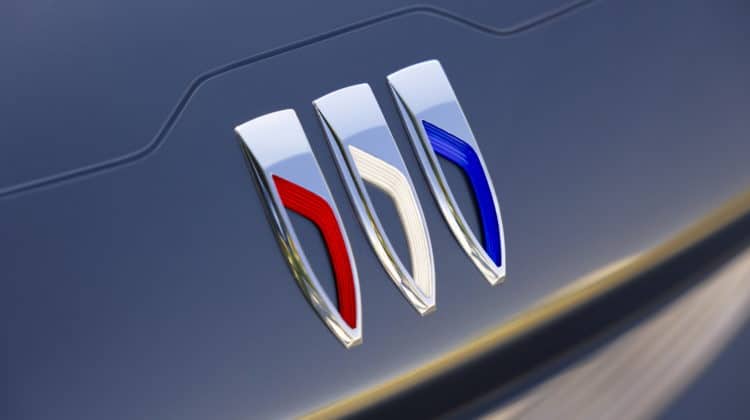 Buick is going EV-only by 2030, according to the GM marque’s brand refresh event that took place this morning. Along with a new ‘tri-shield’ logo, Buick plans to make electric crossovers only going forward. The first one will arrive as soon as 2024. As is the trend, they plan to bring back the Electra name as the naming foundation for its future EVs. So, all Buick EVs will apparently be called Electra ‘something’. A concept was shown for the Chinese market today called ‘Electra-X’, though it’s unclear whether any of its design elements will make their way to U.S.-spec cars.

We in America were, however, shown a concept called ‘Wildcat’. It “illustrates the new global brand design language that will be apparent in production vehicles going forward”. Buick’s new brand identity will also include updated typography, a new color palette and “a new marketing approach”. The brand’s physical and digital properties will be updated over the next year and a half. The rebranding will also include a “more seamless connectivity experience, as new retail Buick vehicles in the U.S. will include three years of OnStar and Connected Services Premium Plan”.

The new Buick badge and design will debut on production vehicles starting next year. Learn more about how Buick is going EV-only by 2030 here.

2023 Honda HR-V First Drive: I recently had the chance to spend some time … END_OF_DOCUMENT_TOKEN_TO_BE_REPLACED