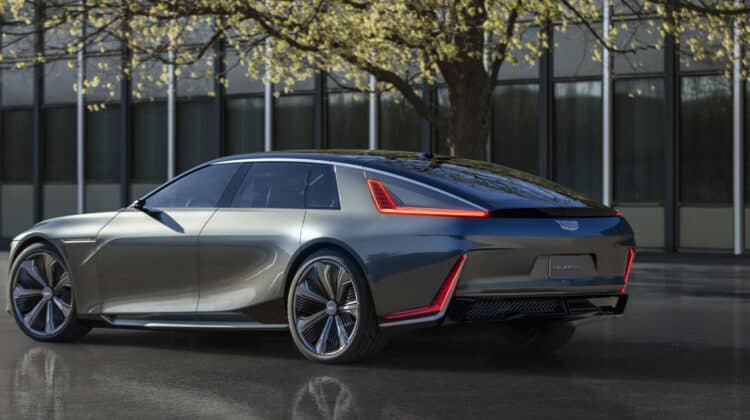 Cadillac Celestiq Prototype Fully Revealed: GM has unveiled its next Ultium battery-powered EV in prototype form, the flagship Cadillac Celestiq sedan. This will be Cadillac’s first foray into ultra-exclusive territory with an expected price tag of up to $300,000. “The CELESTIQ show car is the purest expression of Cadillac,” said Magalie Debellis, manager, Cadillac Advanced Design. “It brings to life the most integrated expressions of design and innovation in the brand’s history, coalescing in a defining statement of a true Cadillac flagship.” As far as we know, this show car is a very close rendition of what the production model will look like. We also expect to see that production model debut sometime within the next year. As you can see, it carries on with the same themes first seen on the Lyriq crossover. That includes the boomerang-style LED taillights flanking the side of the car and the illuminated front “grille”.

Some notable features on the prototype include a 55-inch-diagonal advanced LED display, a variable-transmission ‘Smart Glass Roof’, and Ultra Cruise, the next level up from Super Cruise hands-free driving. This will be an even more advanced version of what is already widely considered to be the best Level II hands-free driving system. With an expected on sale date of sometime around 2024 or 2025, Cadillac says the impending production car will retain these features in order to make it the smartest and most advanced Cadillac vehicle ever produced.