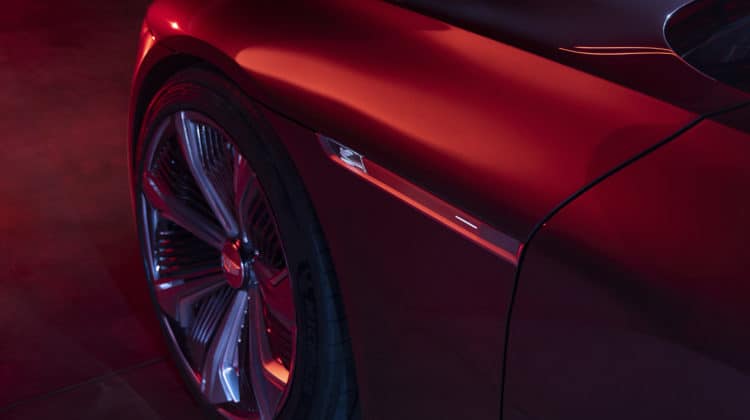 Cadillac Teases Electric Celestiq Sedan: Today, Cadillac released a batch of photos showing off some design details on the upcoming Celestiq sedan. As we already know, the Cadillac electric portfolio will have names that all end with -iq. The Lyriq crossover, soon to be on public roads, started the trend. We have even seen patents of something called an ‘Escalade-iq’, which all but confirms an electric Escalade is in the works, too. In terms of this particular model, we know it will be a large executive sedan with a six figure price tag. This puts it in the same category as the Mercedes-Benz EQS, Porsche Taycan, Lucid Air, Tesla Model S, and the upcoming BMW i7.

Magalie Debellis, manager of Cadillac Branded Advanced Design, claimed: “From its inception, the CELESTIQ show car was crafted to reincarnate the ‘Standard of the World.’” This was once the way Cadillac was meant to be seen, but they haven’t been able to reclaim the shine they once had. This car is their effort to regain that status in the industry. We can certainly expect a daring design from the Celestiq, think larger and grander CT6 with the Lyriq’s face. Judging by the photos shared, there are some unique details to expect from the show car when it does eventually emerge later this year. Cadillac says we will be seeing more tidbits of the car throughout the summer, but no unveil date has been shared. It will likely be another full year before we see the production model. That puts Cadillac pretty far behind in the electric sedan race, but there are plenty of other established luxury automakers that haven’t released anything like this yet.