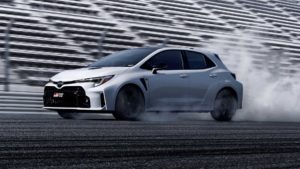 News Desk Toyota releases the 2023 GR Corolla hot hatch. Toyota has unveiled the third chapter of its U.S. Gazoo Racing story with the all-new 2023 GR Corolla. A true hot hatch, it will come with 100 horsepower per cylinder, standard all-wheel-drive, and a manual transmission only. The 'GR-Four' all-wheel-drive system allows drivers to adjust the torque distribution … END_OF_DOCUMENT_TOKEN_TO_BE_REPLACED 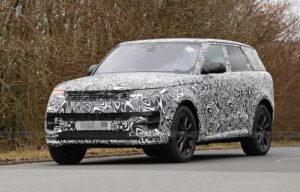 News Desk Next-generation Porsche 718 Boxster and Cayman going electric-only. Today, Porsche made it official that the next-generation 718 Boxster and Cayman will be going electric-only. The design will also be heavily inspired by the Mission R concept unveiled last year. Fun fact: I had a chance to see the next Boxster for myself at Porsche's annual Investor Conference … END_OF_DOCUMENT_TOKEN_TO_BE_REPLACED 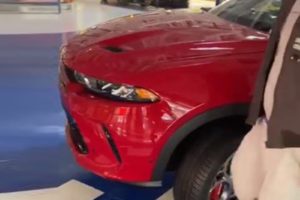 Dodge Hornet leaks for the first time. In 2006, Dodge introduced the world to this funky little hatchback concept called Hornet. Ever since then there have been rumors of a production model, but due to the 2008-2010 financial crisis it never happened in this form. Fast forward to 2021, serious rumors about the production Hornet finally resurfaced, claiming it would be … END_OF_DOCUMENT_TOKEN_TO_BE_REPLACED