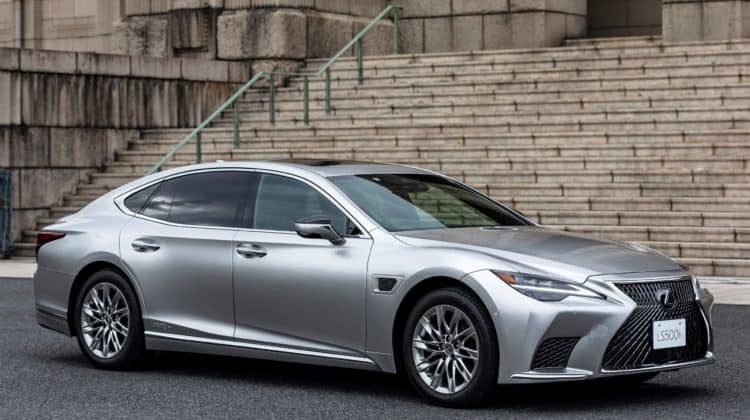 A few weeks ago at Toyota’s North American headquarters in Plano, Texas, we got to check out the Lexus Teammate system. This is an SAE Level 2 semi-autonomous driving that will be initially available this fall on the 2022 Lexus LS 500h AWD. Eventually, all electrified Lexus and Toyota models will get the system.

The Lexus Teammate system joins General Motors’ Super Cruise and Ford’s Blue Cruise hands-free semi-autonomous features. It adds extra sensors and cameras on top of the array already used on the 2022 Lexus LS to give it semi-autonomous capability. The prototype we got to try out also had lidar equipped on it but Lexus hasn’t said whether it will end up on the final production version mainly due to it being more expensive despite its additional capabilities. Short- and long-range radar sensors are used as a backup in case the lidar sensors get bugs on them. Although Lexus hasn’t finalized whether it’ll use them, we expect them to use lidar for future iterations of Teammate because it spent a lot of time and effort integrating them into the vehicle instead of putting a pod on top of the car.

In operation, Lexus’ Teammate system is similar to GM’s Super Cruise feature. However, it has tweaks that are specific to Lexus. For example, there two basic modes available: one that lets you operate the vehicle completely hands-free and another with an aggressive lane centering function. Teammate will identify if it’s viable to go hands-free on the road that you’re driving on. Once it verifies that, it’ll let you know on the instrument cluster that you can let go of the steering wheel. However, it requires you to pay attention to the road just like Super Cruise and Blue Cruise. Based on our time with Teammate, we noted it’s less aggressive when it comes to staying in hands-free mode.

Most of the warnings and notifications pop up on the digital instrument cluster. Lexus is also not using any indicator lights on the steering wheel. The driver attention warning is also more aggressive on Teammate, meaning the car knows exactly what you’re doing and whether or not you’re paying attention to the road, meaning you can’t turn this system on and hop out of the driver’s seat.

The Teammate system will also operate differently if you have a destination entered on the built-in navigation system. It’ll give you specific recommendations based on lane positioning and other factors to help guide you to your destination. You can also initiate automatic lane changes if there isn’t a vehicle beside you but you must hold the steering wheel for the car to execute the maneuver. The turn signal will automatically turn off once it’s completed the lane change, allowing you to go hands-free once again.

For North America, the Teammate system is still in the prototype stage even though Lexus already sells the LS in other global markets with it. Based on how it operates, it’s surprisingly polished and is likely close to its final iteration. There’s no word yet on how much the 2022 Lexus LS 500h will cost with the package on it but you can bet it’ll easily bring it up to six figures. We’re looking forward to testing the Lexus Teammate system once its final version becomes available.