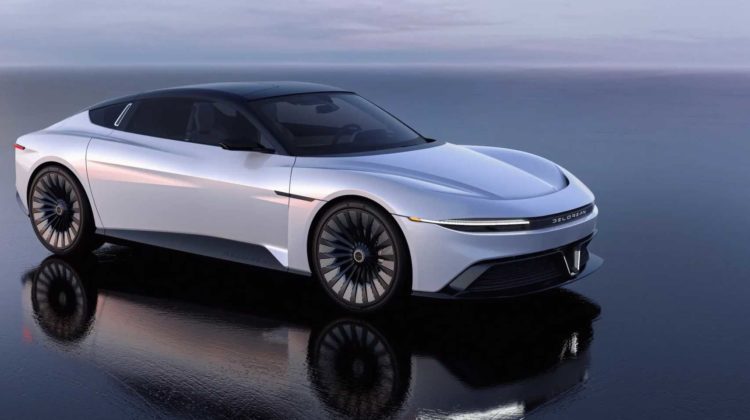 The DeLorean Alpha5 has been revealed, and it is an interesting take on a modern electric coupe with a dash of nostalgia. Starting with the design, you won’t immediately think of the DeLorean from Back To The Future, but certain elements of that iconic movie car are present. Designed by Italdesign like the original DMC-12, it has svelte proportions and ‘Gullwing’-style doors. This time those doors open and allow for access to the front and rear seats simultaneously, similar to the Koenigsegg Gemera. It doesn’t fully embrace the opportunity to be a retro throwback like the new Lamborghini Countach LPI 800-4, but it certainly doesn’t look bad.

DeLorean Motor Company claims the Alpha5 will only need 3.4 seconds to get 60 mph and will top out at 150 mph (electronically limited). It will be powered by a 100 kWh battery and should be able to go at least 300 miles on a single charge. Further charging specs weren’t provided. The version available at launch will be the “base performance” variant, so expect quicker ones to come along in the future. The car will make its public debut in August at Pebble Beach, but production isn’t expected until 2024 at the earliest.