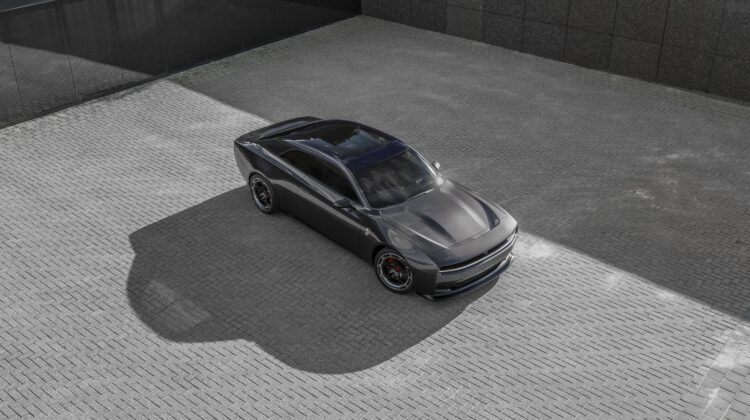 Dodge Charger Daytona SRT Concept Debuts: It is finally time to see what Dodge has been cooking up over the last few years. The last time the brand released a new or redesigned model was in 2012 with the Dart compact sedan. Its lineup currently consists of only three models (four if you count the new Hornet crossover) – Charger, Challenger and Durango. The Charger and Challenger have been holding on for dear life, but this is our first look at what to expect for their replacement coming in 2023-2024. Yes, ultimately both models will be replaced by an electric production version of the Daytona SRT Concept. So, what is this thing all about?

Under the skin, there’s an all-wheel drive 800-volt electric architecture that Dodge calls its ‘Banshee’ propulsion system. No specs or projections have been provided, but expect fast charging times. There are four drive modes: Auto, Sport, Track and Drag. These change the driving dynamics, display graphics, sound and interior lighting. Inside is a driver-centric cockpit with a panoramic glass roof and throwback design elements. Following through with the teaser we saw of this car last year, you won’t find any modern Dodge emblems on the car, only the retro ‘fratzog’ triangular emblem.

The concept features three “game-changing” and patent-pending features. The ‘R-Wing’ is an aerodynamic pass-through front wing that helps the car maintain the traditional Dodge look while achieving improved aerodynamics. Next, the ‘Fratzonic Chambered Exhaust’ is a simulated exhaust system that produces sounds that will apparently rival the SRT Hellcat’s (up to 126 dB!). Finally, ‘eRupt’ is Dodge’s electric vehicle transmission that produces an “electro-mechanical shifting experience”. Essentially, Dodge wants this electric car to sound and feel as much likes its high-performance ICE offerings as humanely possible.