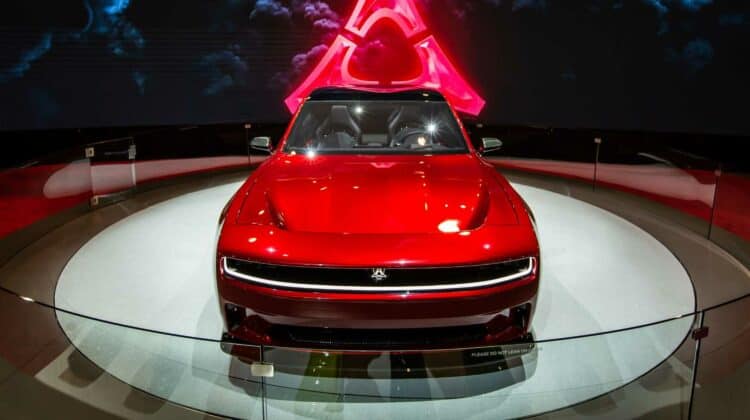 Dodge has taken the stage at SEMA 2022 to show off an updated version of the Charger Daytona SRT concept, this one known as Stryker Red. It’s not just a new paint color, however. The Stellantis property is taking this opportunity to dish out a few new specs that we should see on the production car in a few years. There will be six power outputs available on 400V cars, while the Banshee 800V models will have three power outputs. The former will offer 455, 495, 535, 590, 630, or 670 horsepower, while the latter will offer at least 800 horsepower in all three variants.

In other news, Dodge has revealed that the Fratzonic Chambered Exhaust system, a.k.a. the fake exhaust noise generator, is still being tweaked with the help of public feedback. Also, the production model will not be tunable by third-parties. Dodge wants to control the customization options for the Charger and will offer dealer-installed tuning packages in an effort to make up for lost revenue from the minimal maintenance required for electric vehicles like this. If you want to do chassis and bodywork modifications, you will still be able to do that on your own terms.