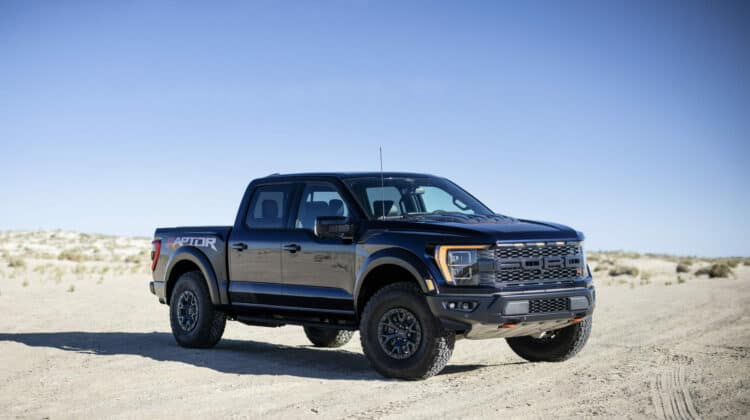 Ford Unveils the 2023 F-150 Raptor R: After years of speculation and buildup, Ford has finally revealed the pinnacle of its off-road performance brand with the Raptor R variant of the F-150. The original F-150 Raptor came out as a 2011 model year with a V8 bang, and has been a cultural success for Ford. A second generation emerged with cutting edge technology in 2015, like a 10-speed automatic and a new turbocharged V6 engine. That left many fans wanting for a V8 successor to the original, something to go head-to-head with the RAM 1500 TRX. The Raptor R seems to right those wrongs, offering customers a supercharged 5.2-liter V8 making 700 horsepower and 640 lb.-ft. of torque. “Raptor R is our ultimate Raptor,” said Carl Widmann, Ford Performance chief engineer. “When customers experience Raptor R in the desert and beyond, it will make the hairs on the back of their necks stand up – and they’ll love every second of it.”

Backing up the new performance is a long-travel suspension featuring FOX Live Valve shocks, standard class-exclusive 37-inch tires, and improved ground clearance over the standard Raptor, which will make it class-leading. The Raptor R goes on sale later this year with eight color options, including new Avalanche and Azure Gray Tri-Coat exterior paint offered on the Raptor lineup for the first time.