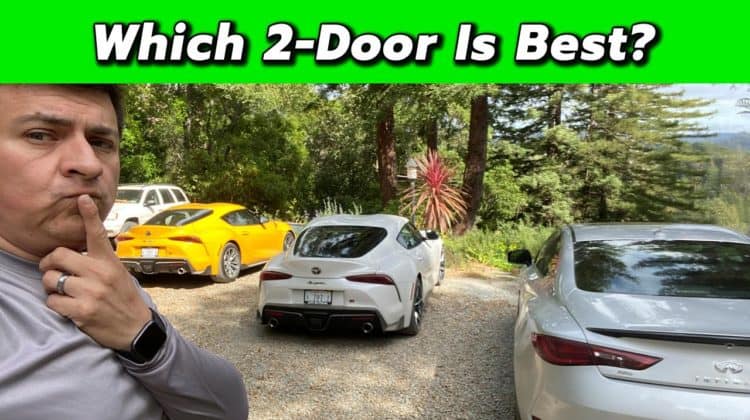 We take a look at the Toyota Supra and Infiniti Q60 Red Sport, two coupes that offer power and performance to see which one is right for you. Neither of them offer a manual transmission but each one has its own merits.

As we all know, the new Toyota Supra was co-developed with BMW and shares many of its bits with the Z4 roadster. However, unlike its Bavarian cousin, the Supra is less expensive and focuses more on fun. Oh and it turns a lot of heads too especially in eye-catching colors. A four-cylinder variant, which many deemed as a controversial addition, recently joined the lineup. Toyota also added more power to the six-cylinder version. That’s right, one year after its release, the Supra 3.0 got a 47 hp bump.

The Infiniti Q60, on the other hand, is a different animal. It’s technically the coupe sibling of the Q50 sedan and is a 2+2 versus the Supra, which is a strict two-seater. Being a luxury car, the Infiniti is also larger, heavier and has more creature comforts, meaning it’ll be more livable on a day-to-day basis. You can also get every version, including the 400-hp Red Sport, in AWD configuration whereas the Supra is RWD only.