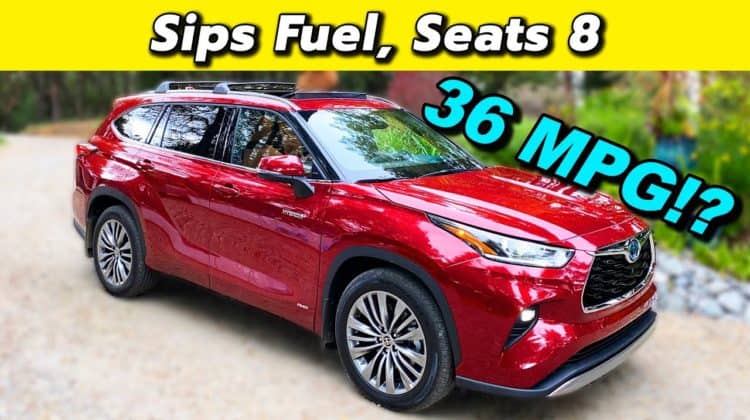 Since its inception the Toyota Highlander has always offered a hybrid variant. Not only was it the most efficient version, the Highlander Hybrid was also the most powerful. For the current generation model, the Highlander Hybrid is still around but this time it’s no longer the most powerful option. Instead, Toyota has made it the high-efficiency option, swapping the V6 out for a 2.5-liter four-cylinder coupled to one or two electric drive motors, a nickel-metal-hydride battery and a planetary gear set. Total output is down to 243 hp but you get a significant boost in fuel economy to an EPA-rated 35 to 36 mpg combined depending on the trim and drivetrain configuration. For the first time, Toyota is offering the Highlander Hybrid in FWD and AWD configurations.

Like its non-electrified sibling, the Toyota Highlander Hybrid is available in a broad range of models ranging from the base LE to the loaded Platinum. You can also choose between an eight-seat configuration and a seven-seat one with second-row captain’s chairs in the middle row. Keep in mind, though, that the Highlander is on the smaller end of the spectrum among three-row crossovers, meaning its third row is best kept for emergency use or small children.