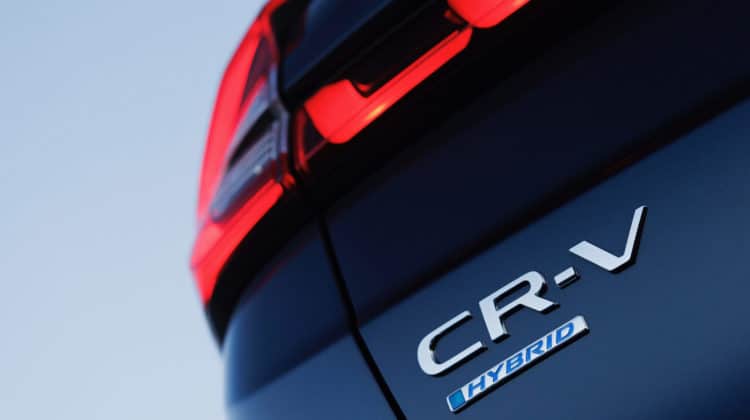 Today, Honda teases the 2023 CR-V officially for the first time. The Japanese automaker released three photos and a statement describing the sixth-generation model as such: “Rugged and sophisticated design. Increased versatility. A more advanced hybrid system for a sportier driving experience and more capability.” With that, we can gather that the new generation will grow in size, be potentially a little more off-road-friendly, and more fuel efficient. Looking at the photos, this will still be instantly recognizable as a CR-V. The vertical taillights remain, but the front end is reminiscent of the face-lifted Pilot and Passport. One new and cool touch is the chrome element in the lower front fascia. It looks like a fancy tailpipe surround, just up front, indicating that the version we are looking at might be a Sport or even Trailsport trim.

The current generation CR-V added a Hybrid powertrain a few years into its life cycle. It sounds like there will be an all-new or updated hybrid setup this time around, however. Earlier this month, Honda previewed the upcoming Prologue EV. With that announcement, there was mention of new Civic and Accord hybrids, too. The CR-V will be fully unveiled later this Summer, with the aforementioned sedans coming next year. 2022 is the “year of the SUV”, after all!

2023 Honda HR-V First Drive: I recently had the chance to spend some time … END_OF_DOCUMENT_TOKEN_TO_BE_REPLACED