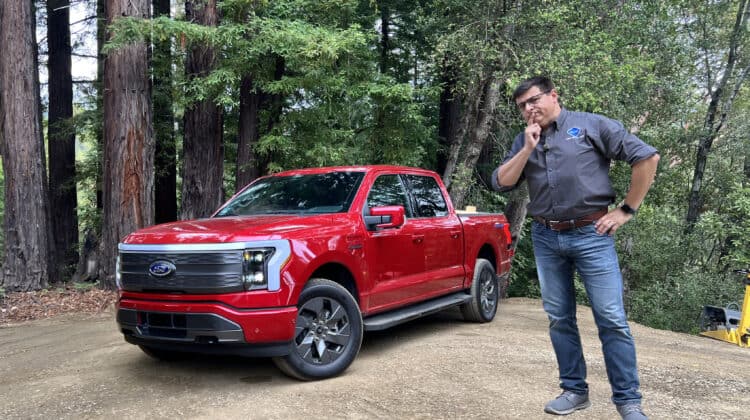 The recently signed Inflation Reduction Act of 2022 has, among other things, caused significant confusion among potential EV, PHEV, and FCEV (hydrogen fuel cell EV) shoppers. Here’s everything you need to know.

First up, if you purchased your EV or Plug In Hybrid before August 16, you’re still covered by the precursor to the Inflation Reduction Act of 2022. That means you’ll get a credit of up to $7,500 on your EV or PHEV purchase depending on the battery capacity and whether or not the manufacturer had met it exceeded their 200,000 unit allotment.

If you had a “binding contract” on your EV or PHEV dated prior to August 16, you’ll also be able to claim the benefits of the old legislation. What’s a binding contract? We have no hard and fast definition from the US Government but the IRS guidance suggests a non-refundable deposit of 5% or more would constitute one. More than likely it’s up to state laws to truly define this but some sort of non-refundable deposit should suffice.

If you don’t have a binding contract, or your green car in your hands, then you’ll be disappointed because the pool of vehicles that qualify for the new credit has shrunk dramatically. The reason? Effective immediately vehicles must be assembled in North America (Canada, the United States, or Mexico) to qualify for any EV credit. This means that immediately every EV and PHEV from big players like Hyundai, Toyota, Kia, and Polestar are excluded.

Looking for a list of vehicles that will qualify through the end of 2022? Here it is!

Before August 16, an EV or PHEV’s credit amount was based on battery capacity with some PHEVs having far less than a $7,500 credit. That changes immediately with all EVs and PHEVs getting the same $7,500. In addition, for the first time, fuel cell electric vehicles now qualify for the credit.

What about Tesla and General Motors?

Companies that have exceeded their original pool of 200,000 tax credits, like GM and Tesla have to wait until January 1, 2023 for their credits to reset.

The new Inflation Reduction Act shakes things up further because in addition to trying to promote clean energy vehicles, the IRA also seeks to incentivise N. American production and materials sourcing. Another aim was to limit the tax credits to middle-income families and throw a bone to lower income families interested in a used EV. To this end the requirements will change yearly for a few years.

First up, starting January 1, 50% of battery components must be from N. America or the 20 countries the USA has a free trade agreement with. This includes of course NAFTA countries, but also critical countries like South Korea, Australia and several South American countries rich in minerals. (But not many are not currently producing the required materials.)

The calculation will be made by the value of the parts rather than weight, which is handy since it’ll include the structure of the battery pack in addition to the manufacture of the cells, wiring, and battery control chips. As far as the cells themselves, 40% of the minerals for the cells must be from the USA, or the 20 free trade countries. The tax credit will be split in half from 2023 onwards. You’ll get $3,750 if your battery meets the component requirements and an additional $3,750 for the minerals.

Price caps will also apply with the Inflation Reduction Act. An EV sedan, coupe, or convertible has to be under $55,000 in order to qualify for the credit. Looking for a trucks, SUV or van? You get a bump up to $80,000. One odd twist: the income and price caps don’t adjust for inflation, so when this law sunsets in 2032, the price cap will still be $55,000 for cars and $80,000 for SUVs and the AGI caps will be the same.

Are there any EVs that will get the credit in 2023?

At this point it’s hard to say. Unfortunately so far no US government agency or auto manufacturer has published batteries and models that meet the requirements. What know for sure is that the price caps will exclude the Tesla Model S and X from the credit entirely. Ditto for every Lucid vehicle. Rivian’s new pricing lineup means that an absolute base R1T or R1S might qualify, likewise lower trims of the Ford Lightning. The Model Y, Mach E, Lyriq, Bolt, Bolt EUV and Leaf should be fine. The Model 3? That depends on what Tesla does next year for a base battery. Assuming the minerals and parts content meets muster, a base 3 will qualify.

January 1, 2023 heralds the beginning of the long promised used EV credit, but the rules are even more stringent, so good luck finding a qualifying EV. And before you ask, the law makes surer that you can’t use this to buy your leased EV at the end of the lease.

Sadly the used credit won’t work with private party transactions, you’ll have to buy a vehicle from a dealer or a direct-to-consumer company like Tesla that sells their own used EVs. The price tag has to be under $25,000 and it won’t matter whether the EV qualified for the new car credit, so no need to worry about where your battery was made. You will however have to make sure the vehicle is 2 years old or older and has never received the used EV credit before.

The second owner, assuming the process is adhered to, will get a credit of $4,000 or 30% of the used EV’s value, whichever is smaller. The credit can be used as a point of sale discount to reduce the final sale price of the vehicle, or the buyer can chose to file for the credit at the end of the tax year.

EV shoppers will only be able to exercise this credit once every three years as there’s another twist: the used EV credit is refundable, like the child tax credit. This means that even if you pay nothing in federal taxes you’ll get the refund back. To make sure this credit is as narrow as possible, reduced AGI caps apply. $75,000 for single filers, $112,500 for head of household, and $150,000 for couples.

The last thing to know about the used EV credit is that it is only available to individuals while as the new EV tax credit applies to business purchases as well. 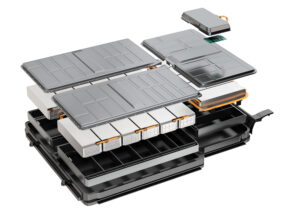 Starting January 1, 2024, the new vehicle tax credit may be used as a point of sale discount, much like the used EV credit. This will apply to new vehicle purchases only, no leases (more on that in a bit). Unfortunately the IRS has yet to release guidance on exactly how this will work. Will eligibility be based on your prior year’s filed tax return? Or will you run the risk of needing to pay the point of sale discount back if your adjusted income ends up above the limits? We just don’t know yet.

Also starting in 2024, the percentage of battery components that must come from the USA or free trade countries bumps up to 60% by cost while mineral minimums rises to 50%.

Starting January 1, 2025 the battery component minimum stays at 60% but the mineral minimum rises to match at 60% as well. The biggest change in 2025 could spell big trouble for many current battery chemistries: key minerals can no longer be sourced from China. It’s not just China mind you, any countries “of special concern” as defined by the US State Department will be on the no-no list including Russia. Currently China is nearly the only source for graphite, a critical cathode material in most lithium batteries.

No changes until the law sunsets in 2032.

Thinking of leasing your new EV? So are a high percentage of luxury EV buyers. If this is you, don’t worry, things are unlikely to change much because lessees never got the federal tax credit to start with.

Say what? Yep, it’s mind blowing I know, but repeat after me: lessees don’t get the federal tax credit.

Now to the detail, because as always, this is where the devil is lurking. When you lease a vehicle, the lessor (leasing company) is the entity entitled to a tax credit. Some leasing finance companies will take into account the possible credit and reduce your lease costs. However, not all captive finance companies will do this. Why? Because the credit is a non-refundable credit as we discussed before. If the leasing company doesn’t have a tax liability during the tax year they leased you the car, then they don’t get any benefit from the credit. Because captive finance arms of major automakers (like Ford Credit, Hyundai Motor Finance, etc) frequently report little in taxable earnings and often post tax losses due to the myriad of tax shenanigans open to corporations. Even if they might get the credit, they are not required to pass it along, so lease “reductions” are just not as common as they were 10 years ago. This is why it’s pretty darn hard to lease a new Ford Lightning or Mustang Mach E. Instead, Ford is pushing for “lease-like” finance agreements that are structured like a balloon payment loan so that you can still file for the federal credit on your own. Bottom line with leases? Pay attention to the monthly payment, it’s all that matters,.

There has been a great deal of hand wringing about the credit scheme in the Inflation Reduction Act excluding EVs built outside of N. America. While I agree that the legislation should have had a longer lead-up to the new requirements, I support incentivizing American manufacturing. Oddly, although there are a few EVs and PHEVs built in Canada and Mexico, the majority of new EV factory investment appears to be in the USA.  Volvo, Kia, Hyundai, Genesis, BMW, Mercedes, Honda, Ford, GM, Stellantis (and others) have already announced major plans to invest in domestic EV manufacturing, even before the IRA passed.

The trickier parts of the IRA are the new battery requirements. The fact that battery components and minerals can be sourced from the US’s free-trade allies is important as countries like South Korea have a huge investment in battery manufacturing. Battery minerals? That’s tougher, but still workable given time. Can Australia become the next China for battery mineral mining? Only time will tell. The good news is that key allies of the USA are already in good positions as far as production capacity goes. The bad news is that currently most of the minerals mined elsewhere in the world go to China for processing and that won’t be allowed in 2025 anymore.

Newer battery chemistries are starting to move away from reliance on cobalt and other minerals of concern, but graphite is still a key component and China is by far the largest supplier of graphite for battery anodes.

The near term effect of this legislation is likely going to be a reduction in demand for some EVs, although exactly how much effect the tax credit has on sales is difficult to determine. It appears that demand for the Hyundai, Kia, Subaru and Toyota EVs remain strong despite losing the credit. Plug in hybrid demand however may be hit harder.

Bottom line. Only time will tell. Want to learn more about the Inflation Reduction Act of 2022? Here’s the White House’s official fact sheet.