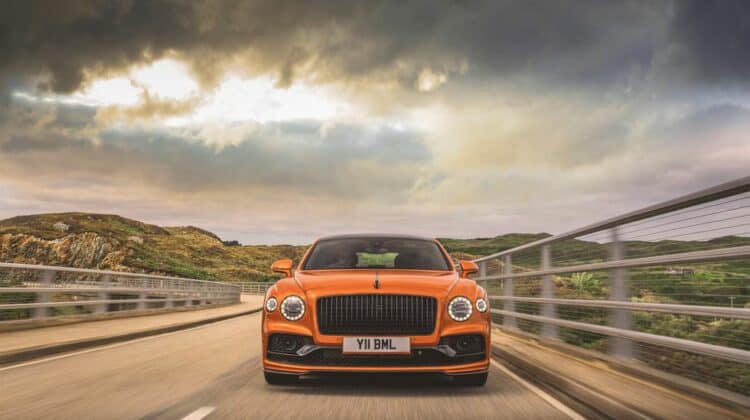 Introducing the Final W12 Bentley Flying Spur Speed: Following in the footsteps of the Bentayga Speed, the all-new 2023 Flying Spur Speed adopts the brand’s iconic twin-turbocharged W12 engine for locomotion duties. Considering the current climate of the automotive industry, this motor is not long for this world. This is likely the last time you will see it in any production Bentley, so cherish this time while you have it.

The specs? 617 horsepower and 664 lb.-ft. of torque, an increase in 84 horsepower and 96 lb.-ft. over the V8 Flying Spur S. 0-60 mph will only take 3.7 seconds. Bentley used to offer a detuned version of this W12 in the standard Flying Spur, but it was dropped recently due to low demand. If you want a double-V6 in your Bentley executive sedan, this is the only way to go now. There’s also the familiar ZF 8-speed dual-clutch automatic putting power to the ground, though you only need the first six gears to get to the car’s top speed of 207 mph. The top two gears are for high-speed cruising, or what Bentley refers to as “economic grand touring.” Luckily, the Speed will also do very well in a corner with the help of a 48-volt system called Bentley Dynamic Ride. It actively adjusts the stiffness of the anti-roll bar for better body roll control.

Official pricing is yet to be announced, but the 2023 Flying Spur Speed goes on sale in the next few months.