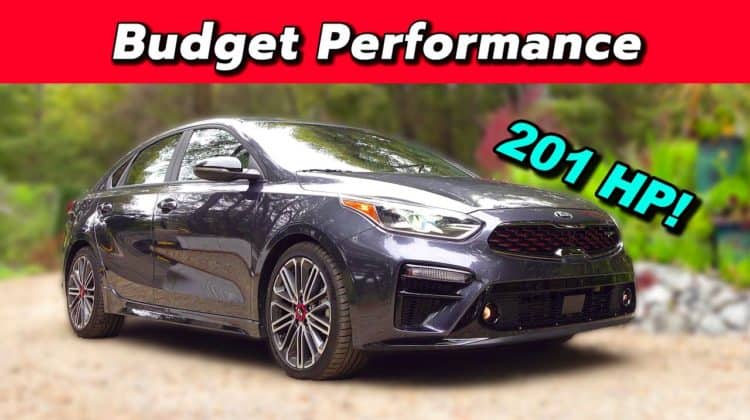 The Honda Civic Si has long been a popular choice for those looking for an inexpensive compact performance sedan. However, a new competitor has emerged from Kia in the form of the Forte GT. Under the hood is the same 201-hp 1.6-liter four-cylinder found in many Hyundai/Kia products but unlike its direct competitor, the Kia is available with two transmission options. That’s right, you can get the Forte GT with either a six-speed manual or a seven-speed dual-clutch automatic, expanding its appeal to more consumers. Unlike the Civic, Kia doesn’t add a mechanical limited-slip differential, employing a brake-based torque vectoring system instead.

You won’t pay much to get yourself into this sporty sedan. Kia has priced the Forte GT well below the Civic Si that loaded up, it’s the same price as its key competitor but a lot more equipment. In addition to the more powerful engine and sport-tuned suspension and steering, the Forte GT is available with sticky Michelin Pilot Sport 4 summer performance tires. Creature comforts like heated and ventilated front seats are also offered, making the Forte GT more livable than your typical affordable sporty sedan and strengthening its value proposition. Should you want a Forte GT loaded to the gills, keep in mind that your can only drop that on cars with the automatic.