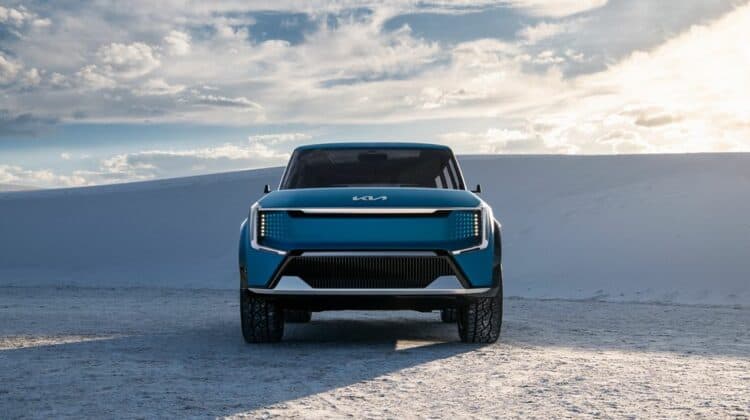 Kia EV9 Production begins next month: the second member of Kia’s family of electric cars under the ‘EV#’ naming structure, the EV9, is coming much sooner than you may have thought. Following the successful EV6 (in terms of reviews and accolades), this model will be a large three-row SUV inspired by the concept of the same name. That was revealed late last year with a similar formula to the hallmark Telluride family crossover: boxy, tough, spacious. The concept’s interior took advantage of the e-GMP electric platform the production car will ultimately ride on. It is currently shared by the Kia EV6, Hyundai IONIQ 5 and IONIQ 6.

Kia has been actively and conspicuously testing the production model for a few months now, but this week a more lightly-camouflaged test mule was caught by spy photographers in Germany. Those photos are below, courtesy of Motor1.com. In a recent conference call, Kia confirmed that EV9 production will commence in September, so it makes sense that we are beginning to see close-to-production units running around. The batch that begins being built in September will still consist of early/pre-production models, for marketing and media assets as well as further testing. Expect to see a lot more of this car starting next month! Once it goes on sale sometime on the first half of 2023 (at least for S. Korea), it is expected to cost the equivalent of $50k USD.