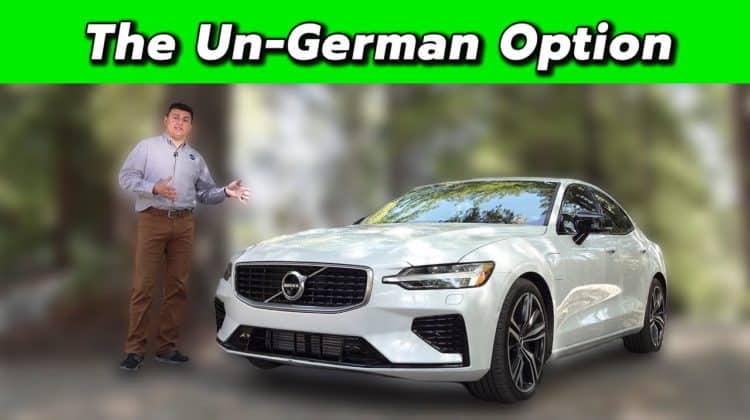 Although the BMW 3 Series has always been the benchmark among compact luxury sedans, other automakers have created an identity all their own in the segment by playing to their strengths. Volvo has doubled down on its Swedish identity and it shows when you’re behind the wheel of the S60. The interior alone is a Scandinavian minimalist masterpiece that’s simple yet incredibly luxurious. You won’t mistake the car for anything else either thanks to the unique styling cues like the Thor’s Hammer LED headlights.

Even the powertrain options are unique. You get a turbocharged 2.0-liter turbo-four in the T5 or upgrade to a turbocharged and supercharged 2.0-liter four-pot in the T6. If that’s not enough there’s this one, the T8, a 400-hp plug-in hybrid with e-AWD that aims to blend efficiency with prodigious power. Based on this alone, it’s clear that Volvo is marching to the beat of its own drum. The closer you look the more obvious it becomes that the S60 knows exactly what it is and doesn’t try to imitate the Germans like some of its competitors. Sure, there’s a sporty Polestar Engineered version but it too does things differently and has its own identity, meaning it’s distinguishably Swedish in the way it approaches performance.