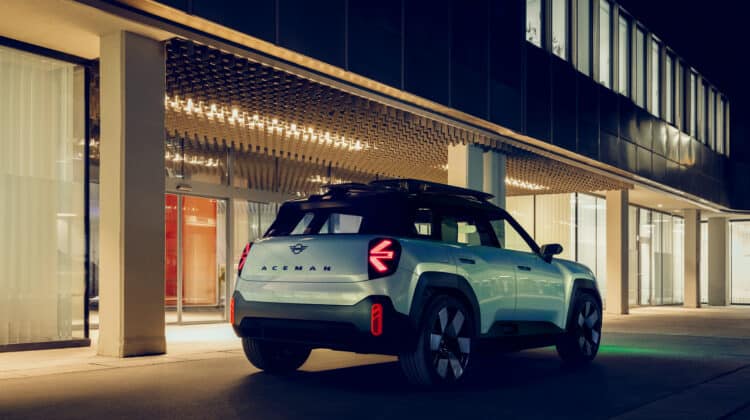 MINI Debuts Aceman Concept: MINI is looking to both freshen up its design language and introduce a new EV prototype with the Aceman. No, that is not a typo, this is not supposed to be the Paceman. That was a two-door variation of the first-generation Countryman which was sold from 2012-2016. Both models, unlike other MINIs, were built in Graz, Austria by Magna Steyr. The Aceman is a very different vehicle. “The MINI Concept Aceman provides an initial glimpse of a completely new vehicle, bridging the space between the MINI Cooper and the MINI Countryman in the model family’s future,” says Stefanie Wurst, Head of the MINI Brand. “This concept car reflects how MINI is reinventing itself for its all-electric future and what the brand stands for: an electrified go-kart feel, an immersive digital experience and a strong focus on a minimal environmental footprint.”

Aceman shows some similarities to the electric MINI spied earlier this year, though this concept has two more doors than that model had. Also unlike that model, Aceman has more of a squared-off headlight and DRL design. The interior, however, looks very similar. A floating circular infotainment screen keeps the dashboard simple and minimalistic. The new design language is known as ‘Charismatic Simplicity’, and should proliferate to any upcoming MINI EV.