On the eve of Ford’s production launch of the F-150 Lightning EV, General Motors President Mark Reuss dropped a bombshell during CNBC’s morning show, ‘Squawk Box’. The C8 Corvette is getting electrified, starting with a hybridized version in 2023 and a fully-electric variant after that. A teaser video was shared on social media of the former doing some camouflaged theatrics on slippery surfaces, revealing the car’s all-wheel locomotion. CEO Mary Barra also took to Twitter to join in on the fanfare. Rumors suggest the hybrid Corvette will use a front electric motor to supplement the rear axle’s V8. Reuss also shared in a LinkedIn post that the EV will run on GM’s Ultium battery tech. In a broader bit of news, the Ultium platform will apparently also eventually be able to use your body heat to help charge the car, while using the wasted heat from the battery to warm the passenger space if needed. More on all of this here. 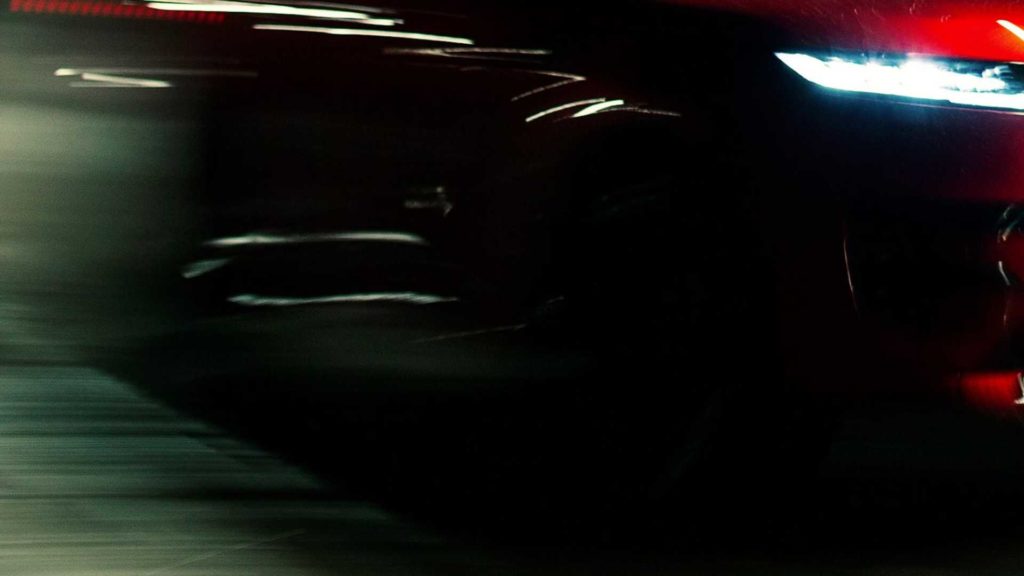 Land Rover has teased the next-generation Range Rover Sport today for the first time. The standard and more luxurious Range Rover debuted last year and is just now making its introduction in the U.S. This model will continue to be the smaller and more agile one, however. The brief shots we are provided in this Tweet provide some views of the exterior and interior, but no powertrain details were divulged. The outgoing model shares most of its powertrains with the larger Rover, so expect the 2023’s 3.0L turbocharged six-cylinder with 395 horsepower and 406 lb.-ft. of torque or the 4.4L twin-turbo V8 with 523 horsepower and 553 lb.-ft. of torque. Electrified options should also return. The full reveal takes place on May 10th at 2pm EST. 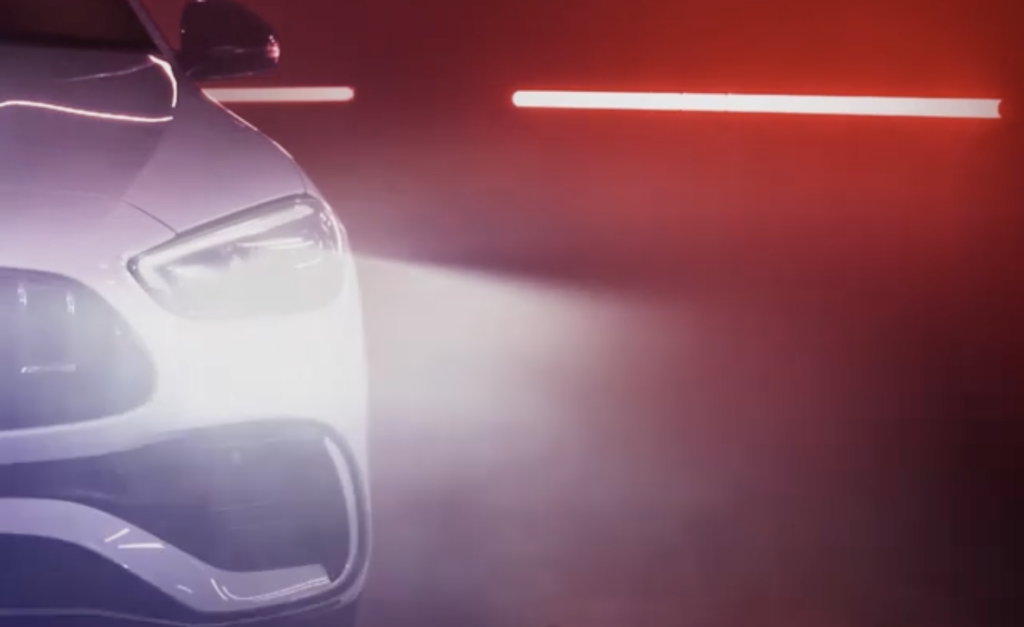 It is well-known that Mercedes-AMG’s next generation of engines will be turning into 4-cylinder turbocharged and hybridized affairs. The 2023 C-Class is just now getting its press introduction in the U.S., but today we now have an official teaser of the first AMG version. Presumed to be the halfway-there 43 model, AMG took the Twitter to release this short and silent video. A 2.0L 4-cylinder turbo hybrid, likely the same or similar to that of the new AMG SL 43, should be the motivator. The AMG C 63 will follow later, so stay tuned for these imminent debuts. 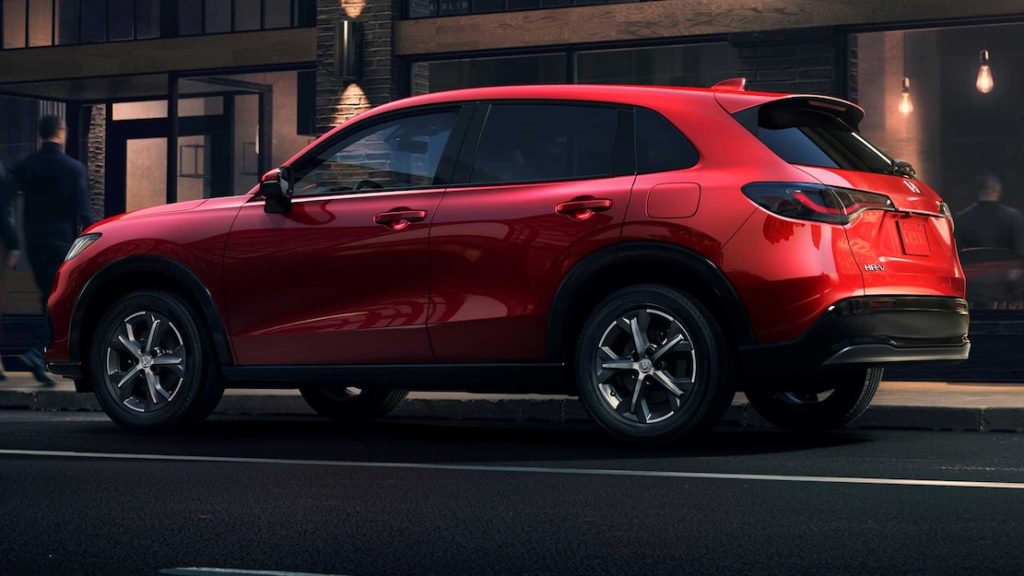 The second generation of Honda’s HR-V in the U.S. is a much different car from both the model it replaces and the iteration Europe and Asia have received. Not only that, but now we can basically confirm what will be powering the subcompact crossover, another departure from its predecessor. Unlike the current model, the 2023 will be based on the Civic platform and run that car’s base 2.0L inline 4-cylinder making 156 horsepower and 138 lb.-ft. of torque. Whether those are the exact output numbers for the HR-V remains to be seen, but its CVT transmission is expected to show up as well. We will know soon enough, as Alex and I are getting an in-person first look at the 2023 HR-V this week, and will share info as we receive it. More on this news and how it was discovered here.

Aston-Martin to be fully electrified by 2030, hybrids first. 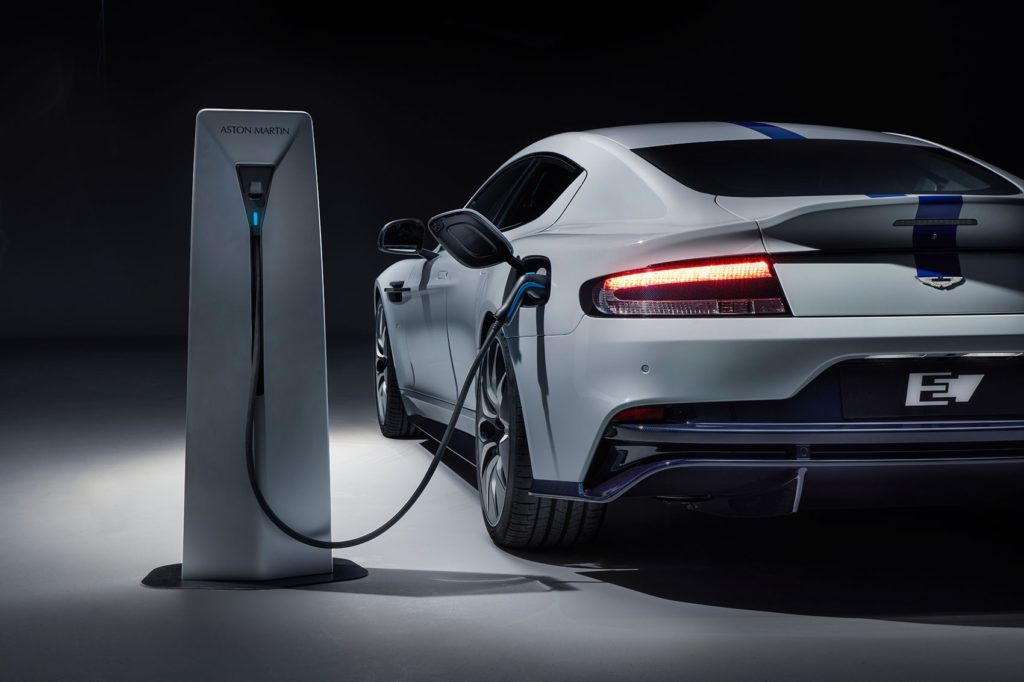 While this isn’t Aston Martin’s first attempt at going electric, the company’s new “Racing Green” initiative is set to finally get the ball rolling on that agenda. A broad sustainability initiative, Racing Green promises net-neutral carbon emissions and a fully electrified lineup by the year 2030. The first Aston plug-in hybrid will arrive by 2024, its first full EV by 2025 (the Rapide E never made it to production), and then all models in the lineup should have an electrified powertrain by 2026. More on this development here.