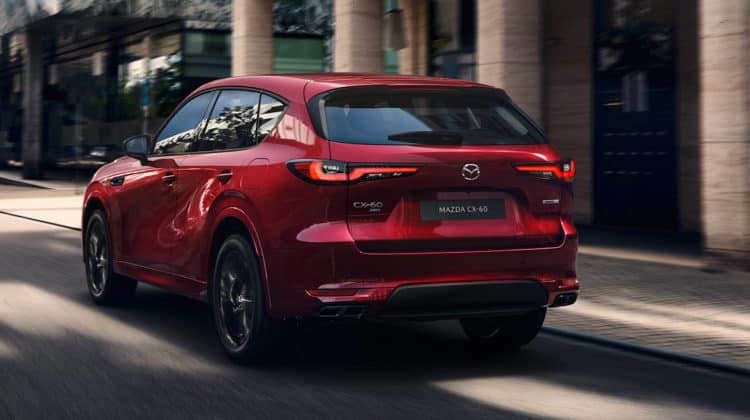 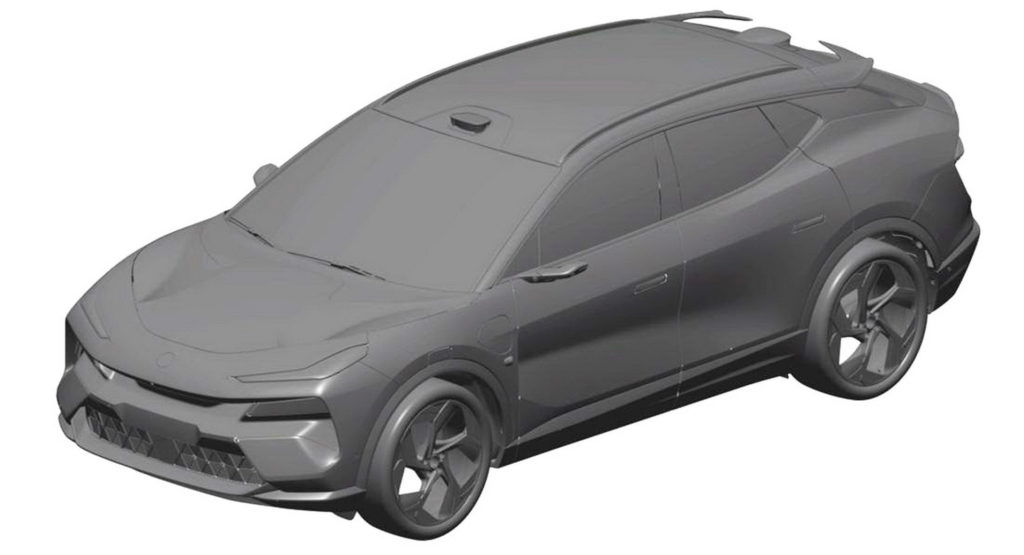 Lotus recently began teasing its first crossover ever, the all-electric Type 132. Today, 3D design patents have leaked online showing off the full exterior design. Looking like a combination of the Lamborghini Urus and some European Citroen models, it’s definitely a low-slung and sporty look. March 29th is still the full reveal date, so there is still more time for other leaks to occur, but for now, feast your eyes on all of the angles here.

GMC’s Acadia is on the smaller side of the 3-row crossover segment, but spy shots today reveal a much larger predecessor. Testing on public roads, the mule was caught by GMAuthority photographers in wintery conditions. It is presumed to be an AT4 trim based on the beefier tires that are wider and riding on larger wheels than the outgoing model. The site points out that ground clearance is not exactly lofty, however. We will have to see if that changes as development continues, but for now enjoy this early look. 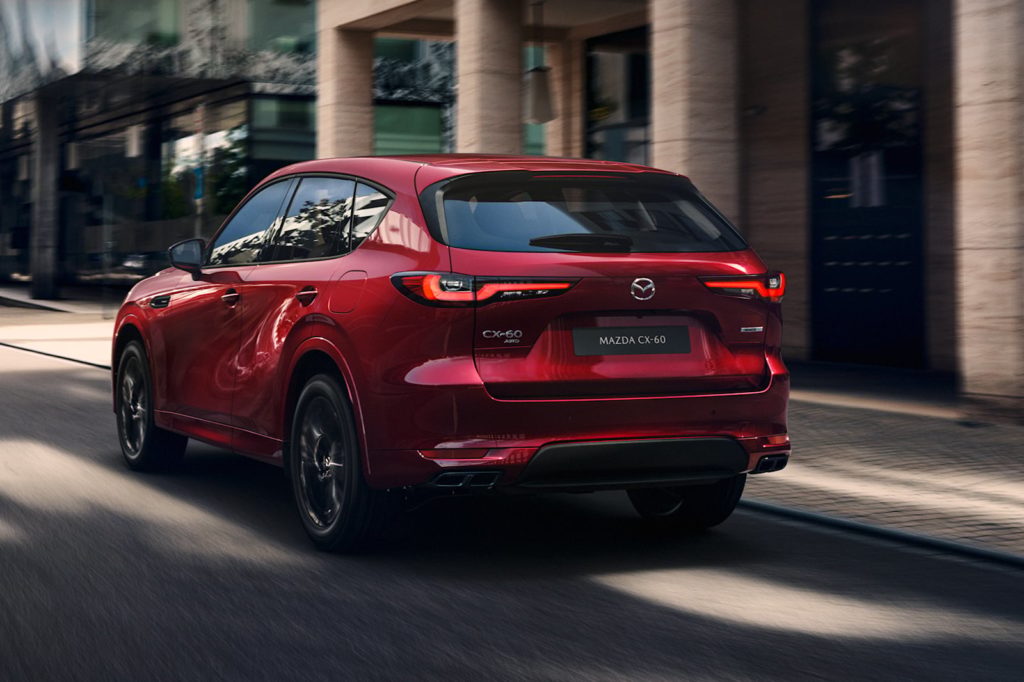 Today Mazda’s new European CX-60 crossover was revealed. Due to the conflict in Ukraine, the company decided to forgo its original plan of revealing it via a live stream. Instead we were quietly given the photos and details on its first-for-Mazda plug-in hybrid powertrain. This is the locomotion that will debut first for international markets, and it is the most powerful Mazda ever made with 322 horsepower. Again, the U.S. will not be receiving this model, but the RWD-based platform and PHEV powertrain in other upcoming model. More details on the car here.

Next BMW M2 and a lighter-weight M4 arriving this year. 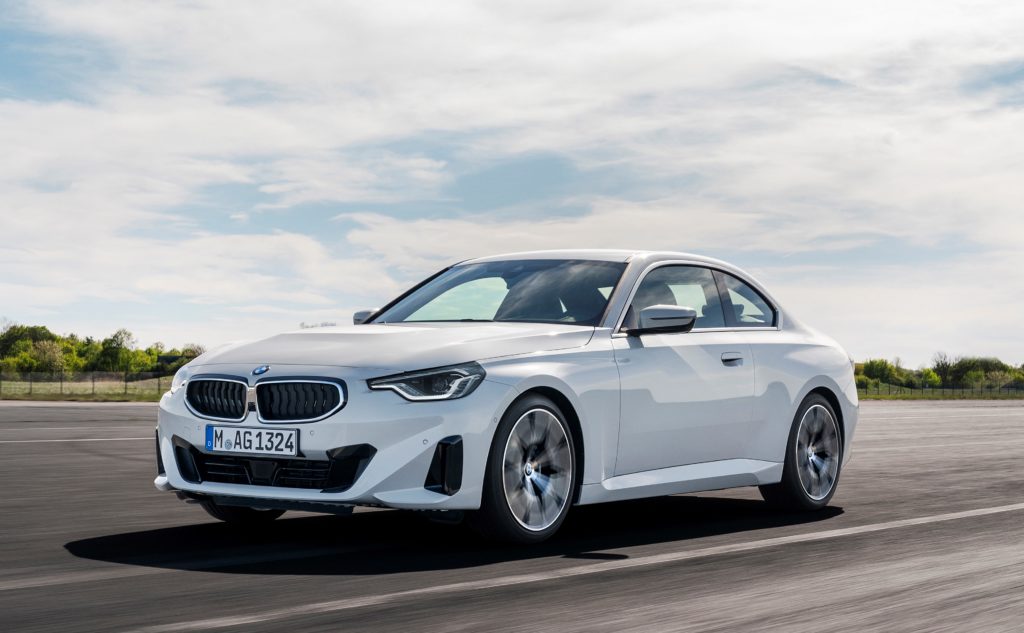 The all-new BMW 2-Series has received a mixed bag of reactions from enthusiasts and BMW purists alike. This mainly stems from its exterior design and derivative interior, but things are expected to look a lot brighter for the upcoming M2. At this year’s The Amelia Concours d’Elegance, the brand’s new CEO claimed it will be revealed later this year, as well as a light-weight M4 variant. Based on previous spy shots, the 2-Series’ front grille will likely receive a more rectangular shape that should please those who are not fans of the standard model’s shape. It is expected that the M4 model mentioned will be the CSL, which has been spied numerous times already. More on this here. 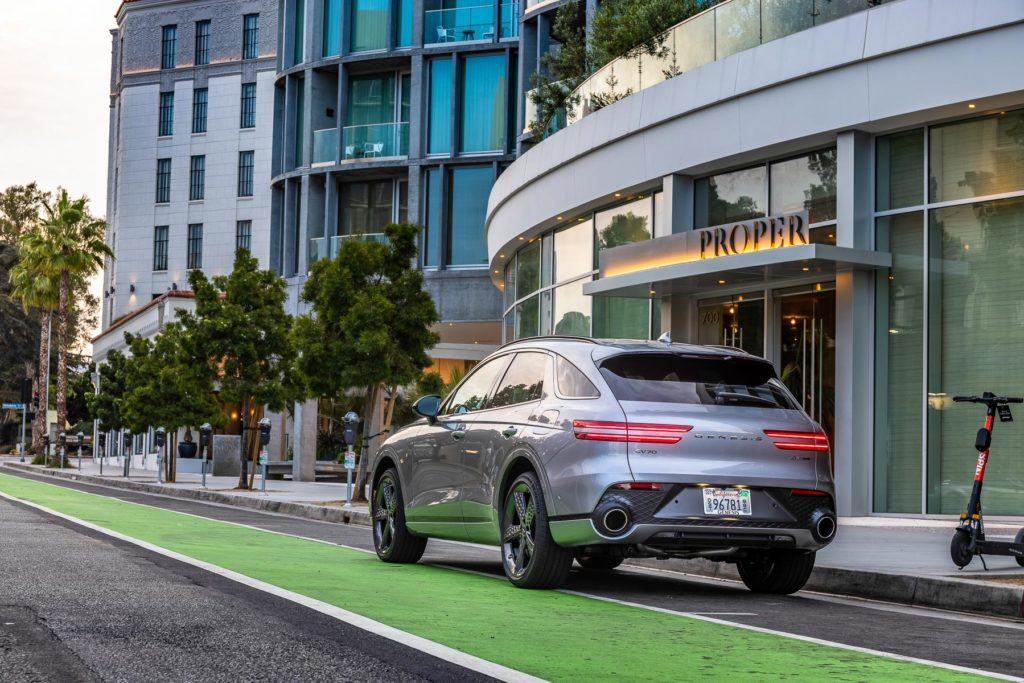 Unfortunately, Genesis could not avoid the consequences of the worldwide microchip shortage. Like GM removing Super Cruise from its 2022 models, Genesis has also been forced to omit its Highway Drive Assist II suite from the 2022 GV80, GV70 and G80. There is no timeline set for its return, and the chip shortage likely has at least another year before it is resolved. More on the effects this will have on Genesis here.