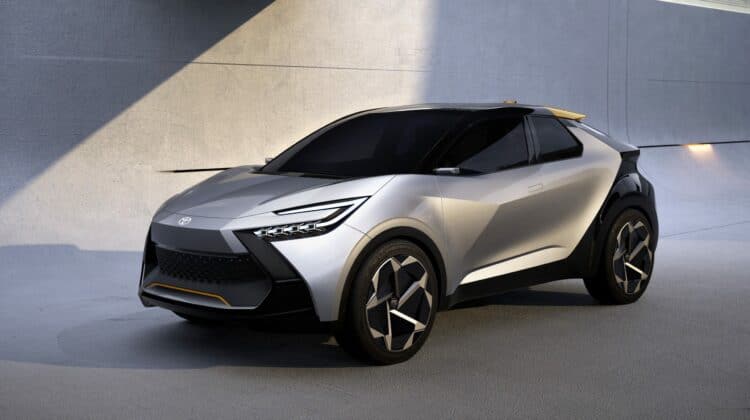 Toyota’s funky-looking subcompact crossover inspired by diamonds is officially getting a second generation in Europe. The C-HR prologue has been revealed showing a close-to-production design for the Nissan Juke competitor. Here in the U.S., the C-HR hasn’t experienced blazing sales that more traditional models like the Honda HR-V have enjoyed. This is mainly due to its lack of all-wheel drive and its polarizing design. It barely avoided the Scion train to nowhere when it first launched here, but even as a Toyota, its sales peaked in 2018.

Earlier this year, patent filings were uncovered revealing the full exterior design of an upcoming tiny Toyota crossover. They resembled a model shown at the brand’s bZ buffet event last year, but now we know they were showing us the second-generation C-HR. One can only speculate at this point whether an electric C-HR is coming, but considering the prototype’s origin story, it is certainly possible. Currently getting by with a lackluster naturally-aspirated 4-cylinder here in the ‘States, it enjoys a more potent turbocharged 3-cylinder and hybridized options in other regions. According to Lance Scott, Design Director of Toyota European Design Development, “Our mission was to dig deep, to go further than we’d ever gone before. We’re really looking forward to delivering the new Toyota C-HR.”

Will this second-generation come to the U.S.? More on the next Toyota C-HR here.