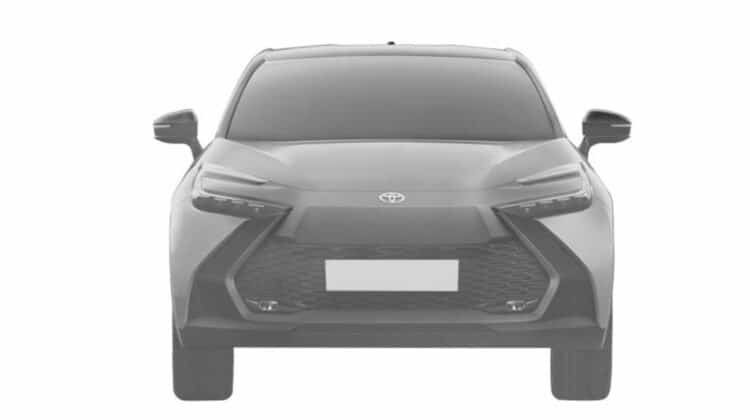 Next Toyota C-HR Design Leaked: The Toyota C-HR, at least in America, has not been a fantastic seller or even the most reliable Toyota ever built. Its polarizing design and lack of all-wheel drive makes it a less competitive subcompact crossover than vehicles like the Honda HR-V, while its tight interior makes it less accommodating than most of its peers. It was originally going to be introduced to the North American market as a Scion C-HR, but the brand was axed before those plans could materialize. Now that it has reached the end of its first-gen life cycle as a Toyota, it’s time to start speculating on whether they will make a second generation, and whether it will come to the U.S.

Leaked patent images uncovered in Australia this week show what appears to be a production version of the “Small SU EV” that was displayed at Toyota’s electric car buffet last year. This design would be a strong candidate in our eyes for a second generation C-HR, but there’s currently no indication that this model is an electric car or an ICE one. It lacks exhaust pipes in the rear, but has two fuel doors, one on either side. Since it also lacks the grille cover of the ‘SU EV’ concept, this leads us to believe that the production model we are seeing here may be a plug-in hybrid. There’s no doubt, however, that the next Toyota C-HR could look very much like this wedge-shaped little guy. This leak coincides with news that the model has been discontinued in Canada, so its chances of returning there for a second generation are now a little rocky. It is still sold here in the U.S. for the time being. Will this car really be the next C-HR? Stay tuned.

More on the next Toyota C-HR here.