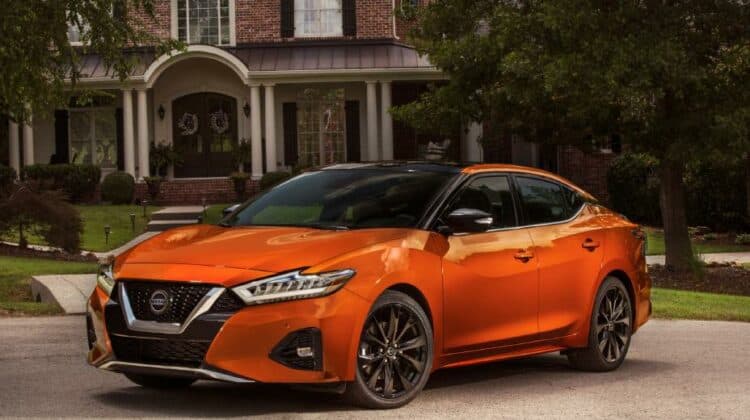 Nissan Maxima Going Electric? Nissan USA has officially announced that the end of the line is near for the Maxima sedan. After 4 years on the market, production will cease in mid-2023. The carmaker added this comment to their statement to employees: “As part of Nissan’s Ambition 2030 plan, the company is prioritizing electric vehicles and advanced technologies, and by 2030, 40 percent of Nissan vehicle sales will be fully electric, with more to be electrified. Additionally, earlier this year Nissan announced two all-new, all-electric models at the Canton assembly plant in Mississippi.”

With Nissan’s goal to go all-in on electrification, it seems that the stars are well-aligned for the Maxima to receive an electrified successor of its own. While they don’t have an immediate replacement for their large sedan like Toyota does with the Crown, Nissan is probably hard at work developing a car reminiscent of the concept we saw earlier this year. Plus, if the rumors about the demise of the Titan are true, that frees up a lot of space in the Canton plant for a new electric sedan. Nissan hasn’t fully revealed the two sedan concepts it teased earlier this year, but if one ends up looking like the 2019 IMS concept, that wouldn’t be a bad thing at all.

Read more on the possibility of the next Nissan Maxima going electric here.