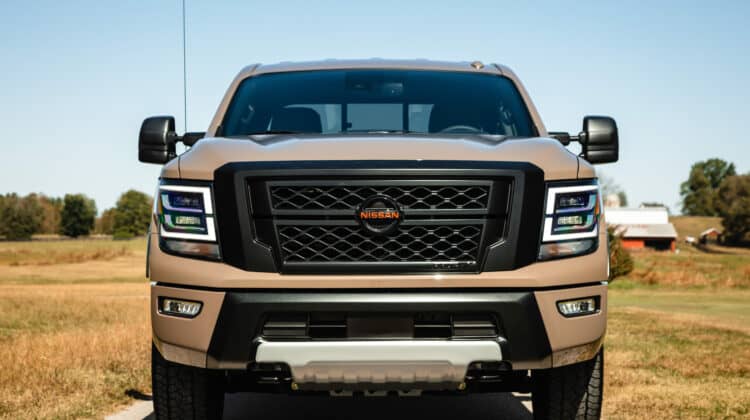 Nissan Titan reportedly dead: yesterday, a source within Nissan provided intel to Automotive News about the impending demise of the company’s half-ton/tweener truck. There have been rumors swirling for awhile now about the truck’s fate, and while this is not an official announcement, it is likely only a matter of time before the clock strikes twelve. The Titan, like the Toyota Tundra, has tried for year to steal sales away from the domestic trucks. A redesign for the 2016 model year brought it into its second generation but did not do enough to move the needle. A medium-duty ‘XD’ model with an optional Cummins turbodiesel was introduced first, but no one asked for it and no one is really buying it. That engine was a 5.0L turbodiesel V8 that produced 310 horsepower and 555 lb.-ft. of torque, but was recently discontinued due to an extremely low take rate. The regular 5.6L gas V8 is now the standard engine on all Titans and makes 400 horsepower and 413 lb.-ft. of torque.

For a better look at how poorly the Titan sells against the competition, let’s dive into sales numbers a bit. During the first quarter of 2022, it only sold 4% of the volume that the Ford F-Series trucks did. The all-new Toyota Tundra outsold the Titan 3.5 to 1, and that’s before the Hybrid went on sale. The only trucks it has beaten this year are the GMC Canyon and two brand-new electric offerings, the Rivian R1T and GMC Hummer EV. Those trucks cost way more than the Titan and will likely pass it once production ramps up to its fullest potential. Its best sales year was the year it debuted, 2005, hitting over 86,000 units. Its worst year was 2015, the last year of the first generation’s long production run. Only 12,140 went to customers. According to this source, Nissan is still trying to figure out when exactly to call it quits for the Titan, but expect 2024 or 2025 to be the final model year.