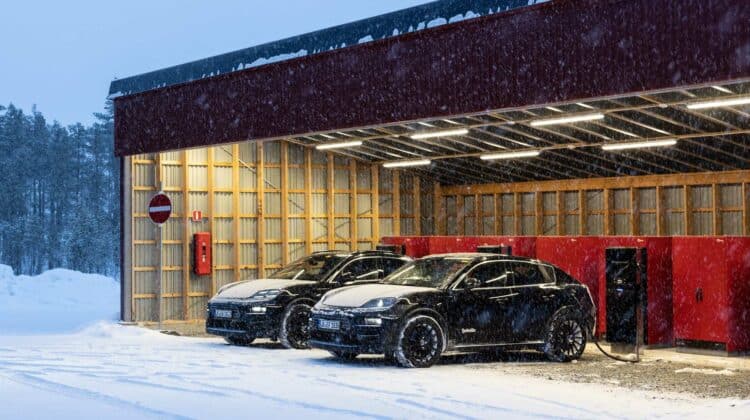 The next-generation Porsche Macan is coming, as is a Macan EV. Unfortunately, due to issues with Volkswagen’s software division that has a lot of influence on the development of the car, its debut has been significantly delayed. In an effort extinguish some of the frustrations stemming from these setbacks, Porsche has decided to gift the public with some new technical specs. We already knew the Macan EV would be riding on the company’s PPE platform co-developed with Audi, but now we know some power figures for this model specifically.

Both dual- and single-motor variants are in the works. The dual-motor setup will produce as much as 603 horsepower and 738 lb.-ft. of torque. Porsche has divulged the front-rear weight balance – 48 and 52 percent, respectively. A 100-kWh lithium-ion battery pack will provide juice and, thanks to the 800V architecture, will be able to charge at speeds of at least 270 kW at the appropriate DC fast chargers. Apparently, this will be the smallest battery that the platform can handle, though larger ones are certainly on the table. The battery can work with 400V chargers by splitting the 800V pack into two halves.

We won’t see the car on roads until 2024, but a reveal should happen within the next 18 months. More on the 2024 Porsche Macan EV here.