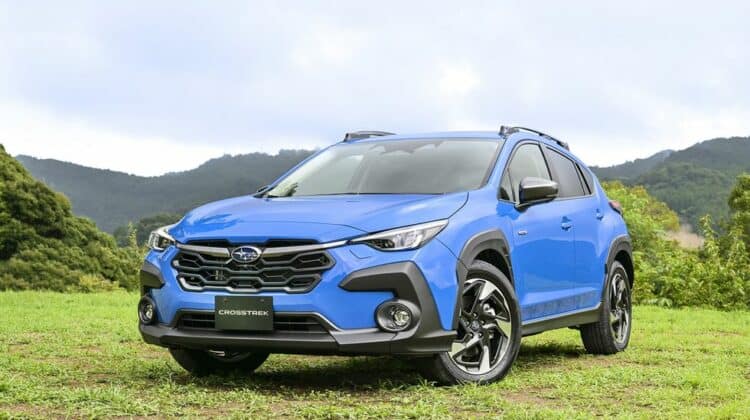 Subaru Unveils the 2024 Crosstrek: The third generation Subaru Crosstrek has been revealed with evolutionary styling and an interior that is a near carbon-copy of the Impreza, WRX, Legacy, and Outback. The only other models left in the Subaru lineup that do not have this interior design formula are the Atlas and BRZ. The latter will likely never receive it, but I digress. This debut is not the North American vehicle, hence why the only photos are of right-hand drive vehicles so far. Bear in mind also that some specifications may change for our car. It rides on an updated version of the current car’s platform. In Japan it will be powered by the 2.0L boxer-4 with Subaru’s ‘e-Boxer’ hybrid system. All-wheel drive and a CVT are standard as usual. A hybrid was briefly offered in the U.S. during the first generation, but we don’t know if it will return just yet.

Inside, the dashboard is ripped straight out of an Impreza or WRX, or anything other than an Atlas or BRZ. It features Subaru’s Starlink infotainment system on an 11.6-inch vertically-oriented touchscreen. The car has not grown in exterior dimensions over the current car, so interior space should be about the same. Ride and handling are expected to receive some TLC, however, thanks to the implementation of Subaru’s ‘full-inner-frame construction’ design strategy found on the WRX. The third-generation will go on sale in Japan next year, with our model’s debut and production to begin sometime after that.