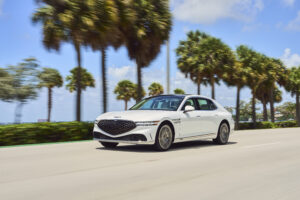 2023 Genesis G90 pricing announced: Today, Hyundai's luxury brand announced the U.S. market pricing for its flagship vehicle, the second-generation Genesis G90 sedan. The car will come with the option of two powertrains. The first is the 3.5L twin-turbo V6 found in other current Genesis models, while the other is a new mild-hybrid version of that engine. It will utilize a 48v … END_OF_DOCUMENT_TOKEN_TO_BE_REPLACED