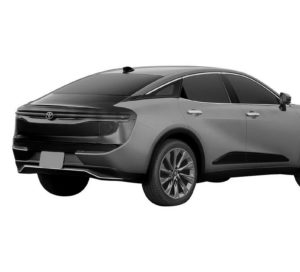 2023 Toyota Crown Leaked: Today, patent drawings of the upcoming new adaptation on the Toyota Crown have surfaced revealing the exterior in its entirety. This is the version that is coming to North America, not the Japanese sedan they've been selling since the 1950s. The photos are only in black and white, but they provide every angle on this upcoming Avalon replacement. … END_OF_DOCUMENT_TOKEN_TO_BE_REPLACED

2023 Honda HR-V First Drive: I recently had the chance to spend some time … END_OF_DOCUMENT_TOKEN_TO_BE_REPLACED