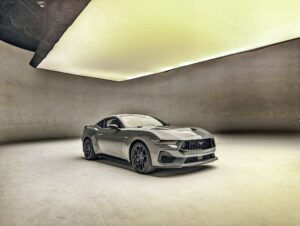 2024 Ford Mustang and Dark Horse Debut: The seventh-generation 2024 Ford Mustang has come out of hiding in Detroit, and it brings along with it evolutionary styling, a new design direction and technology on the inside, and a V8 with a manual transmission. No hybrid, no all-wheel drive. This is still the Mustang as it always has been, and it won't be mistaken for anything else. … END_OF_DOCUMENT_TOKEN_TO_BE_REPLACED 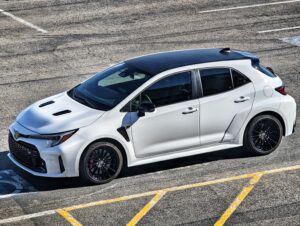 Let's be honest, most of us associate Toyota with practical people movers like the Prius, RAV4, Sienna, and Highlander. Some folks might have fond memories of their 1990s Supra, or an MR2, but that's not today's Toyota. Or is it? Introducing the 2023 GR Corolla. Akio Toyoda, the company's current president, realized Toyota was lacking "soul" and he's been on a decade long … END_OF_DOCUMENT_TOKEN_TO_BE_REPLACED 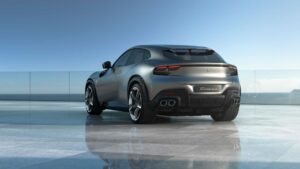 The Four-Door Ferrari Purosangue Debuts: The day has finally come to see the four-door Ferrari in all of its glory. The Purosangue takes the GTC4Lusso (née 'FF') from a few years ago, raises it up a bit, adds two doors, and becomes a 'crossover'. That last part might be up for debate, but whether you call this a hatchback or a compact crossover, it is a revolutionary format for … END_OF_DOCUMENT_TOKEN_TO_BE_REPLACED 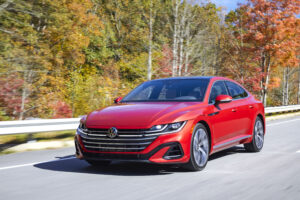 Volkswagen is Killing Off Sedans, Too: Yes, the time has come to announce the next automaker's demise of internal combustion sedans in the U.S. market. This time it isn't another domestic, however. Volkswagen is reportedly ceasing production of the Jetta and the Arteon at the end of their current life cycles. The Arteon was never the hot seller, as competitors like the Kia … END_OF_DOCUMENT_TOKEN_TO_BE_REPLACED 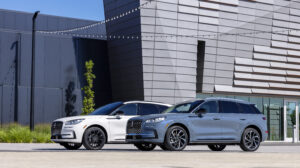 Here's the Refreshed 2023 Lincoln Corsair: Today Lincoln pulled the wrap off of the refresh of one of its most popular models, the two-row Corsair. Based on the Ford Escape, the Corsair replaced the MKC back in 2019 and offers multiple engines, including a plug-in hybrid known as the Grand Touring. 2023 brings a host of updates, including a standard 13.2-inch display that … END_OF_DOCUMENT_TOKEN_TO_BE_REPLACED 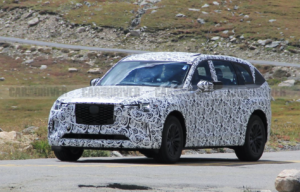 Thanks to spy photographers at C&D, we have our first look at the upcoming Mazda CX-90 three-row crossover. Part of the brand's new line of premium vehicles, the CX-90 will also be joined by a smaller CX-70 and will replace the outgoing CX-9. These two models are going to be exclusive to North America, while Europe and the rest of the world will get the on-sale-now CX-60 … END_OF_DOCUMENT_TOKEN_TO_BE_REPLACED 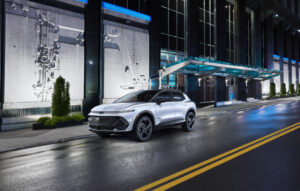 Chevrolet Unveils the 2024 Equinox EV: After a light tease of the car earlier this year alongside the Blazer EV, Chevrolet has officially pulled the wraps off of the smaller and more affordable Equinox EV. The big news? It will have a $30k starting price, something consumers really haven't seen on any new full-electric car reveled in the last year or so. Even the Kia Niro EV … END_OF_DOCUMENT_TOKEN_TO_BE_REPLACED 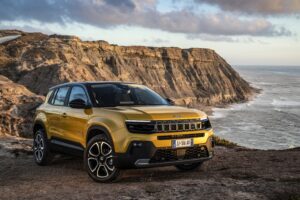 First Ever 4xe Day Reveals Upcoming Jeep Electric Cars: At Stellantis' September 7th '4xe Day' for the Jeep brand, they proudly revealed the electrified vehicles they have been preparing for our market as well as for Europe. They also spoke to the goals they have for both markets, respectively. By 2030, every car sold in Europe will be a full electric car, while in the U.S. at … END_OF_DOCUMENT_TOKEN_TO_BE_REPLACED 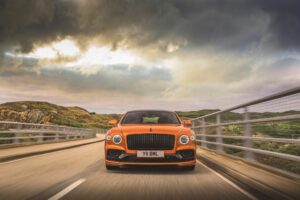 Introducing the Final W12 Bentley Flying Spur Speed: Following in the footsteps of the Bentayga Speed, the all-new 2023 Flying Spur Speed adopts the brand's iconic twin-turbocharged W12 engine for locomotion duties. Considering the current climate of the automotive industry, this motor is not long for this world. This is likely the last time you will see it in any production … END_OF_DOCUMENT_TOKEN_TO_BE_REPLACED 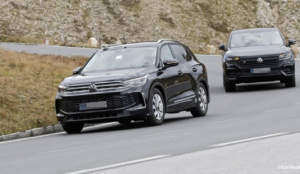 Next-Generation Volkswagen Tiguan Spied for the First Time: Looking like a baby Bentley Bentayga in the side profile, the 2024 or 2025 Volkswagen Tiguan has been caught by spy photographers in Germany wearing its production-intent design for the first time. Previous reports claimed the Tiguan would be shedding its more upright and plain shape for a more relaxed and sporty … END_OF_DOCUMENT_TOKEN_TO_BE_REPLACED