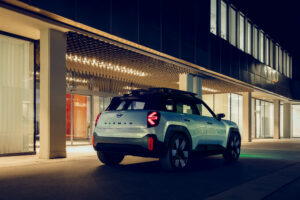 MINI Debuts Aceman Concept: MINI is looking to both freshen up its design language and introduce a new EV prototype with the Aceman. No, that is not a typo, this is not supposed to be the Paceman. That was a two-door variation of the first-generation Countryman which was sold from 2012-2016. Both models, unlike other MINIs, were built in Graz, Austria by Magna Steyr. The Aceman … END_OF_DOCUMENT_TOKEN_TO_BE_REPLACED