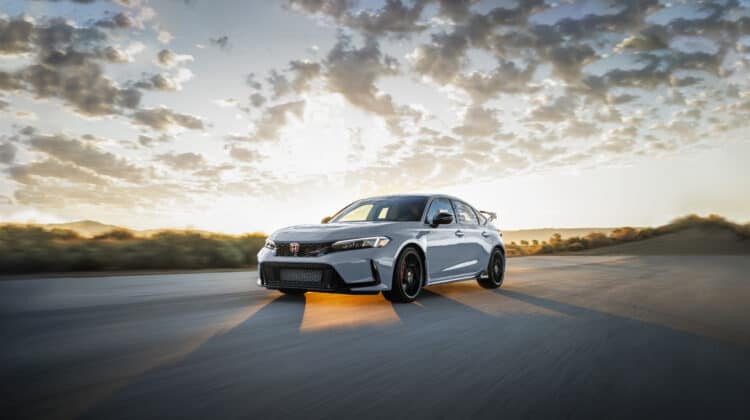 The 2023 Honda Civic Type R Has Horsepower: The Honda Civic Type R made its world debut back in July with much fanfare, but little to no technical information was shared with the world at the time. We knew that it would be powered by the previous generation’s K20C1 turbocharged 2.0L 4-cylinder motor paired with an improved six-speed manual transmission with auto rev-matching. We knew that neither all-wheel drive nor an automatic transmission would be available at launch, and it still doesn’t look like either is coming. However, we didn’t know exactly how much power the engine would be making, until now.

The 2023 Civic Type R for North America will make 315 horsepower and 310 lb.-ft. of torque, an increase in 9 and 15, respectively. That places it near the upper end of the pack of hot hatches/sedans in the U.S., finding company in the Volkswagen Golf R and Toyota GR Corolla. Unfortunately, we are still missing things like 0-60 times, but Honda has provided insight into how the increased power came about. “A larger grille opening, bigger radiator and a new large-diameter fan improve engine cooling, ensuring sustained, optimal performance during extreme driving. To further strengthen the driver’s connection with the car, the active exhaust valve opens at higher rpm to heighten and enhance the sound of the engine.”

The Civic Type R goes on sale later this year for a price we will let you know of as soon as we are privy.