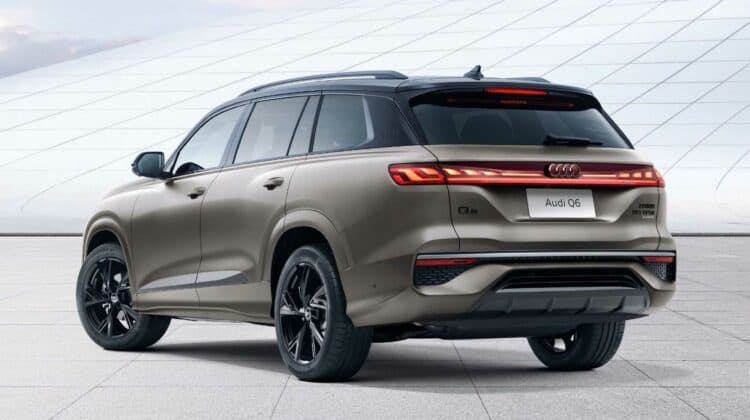 The Chinese Audi Q6 is going to be huge. Just not here in North America, where the brand could very likely benefit from an SUV this large joining its lineup. This new three-row for China-only rides on Volkswagen Group’s MQB platform and will have two powertrain choices, neither of which will be hybrids or plug-in hybrids. First, a 2.0L turbo 4-cylinder making 261 horsepower and 295 lb.-ft of torque. Then there’s a 2.5L inline 6-cylinder that makes 295 horsepower and 369 lb.-ft. of torque. Neither choices seem particularly powerful enough for such a large SUV, to be perfectly frank. This will likely be a heavy vehicle. At about 200 inches long, it is also a close relative of the Volkswagen Atlas and should have a more usable third row than the current Q7.

The Q6 was previously expected to be called Q9 because of its size, since it is larger than Q7 or Q8. China’s naming structure is a little different than what we are used to, however. The Q6 will come in six- or seven-seat setups with Quattro all-wheel drive standard. This Q6 should not be confused with the imminent Q6 e-tron, which will be smaller and, of course, all-electric. That model is expected to make it to the U.S. eventually. This one will go on sale later this year at a price equivalent to around $74,000 USD.